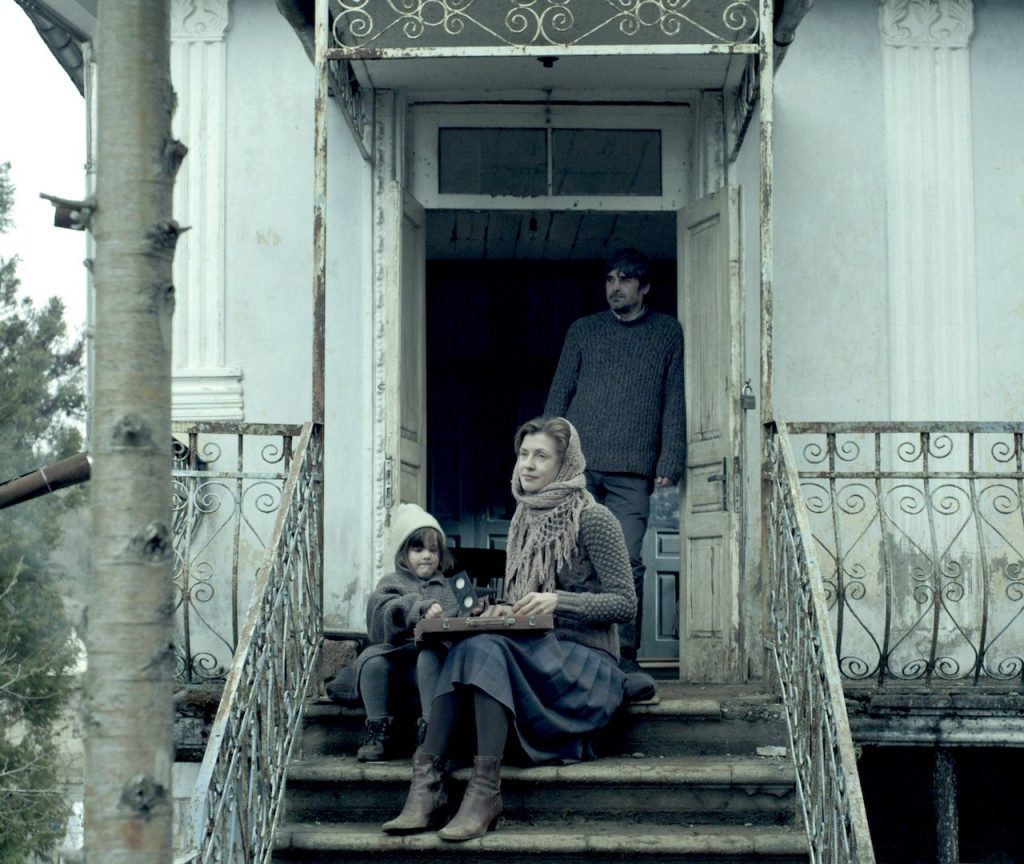 In the early 1990s, a cruel and devastating civil war between Abkhazia and Georgia has immersed the post-Soviet region in a conflict. Those on the winning side look for a fresh start and relocate to the rural countryside, where they are assigned to houses previously occupied by the enemy. Living in a house of others, memories linger within every wall and piece of furniture, a constant reminder of the horrors experienced by owners past. Though they seek peace, it seems unreachable amidst the war that continues to rage within them.
Grand Prix in the “East of the West” section at Karlovy Vary Film Festival in 2016.

“House of Others is my personal story, my personal pain because 20 years ago I lost my own home and with this home I lost my childhood, my memories, my past and part of my identity … Surely during the war, there were people on both sides who lost possessions and faced similar situations … Both the winners and the defeated were once members of one large family … I am one voice among many in saying that, in my opinion, there are no winners to this war.” (R. Glurjidze)

Rusudan Glurjidze
Film director, Rusudan Glurjidze was born in 1972, in Tbilisi. She gradutated from French Language and Literature at the Tbilisi State University. From 1990 to 1996 she studied Film Directing and Scriptwriting at the Georgian State Film & Theatre Institute. House of Others was her debut feature.