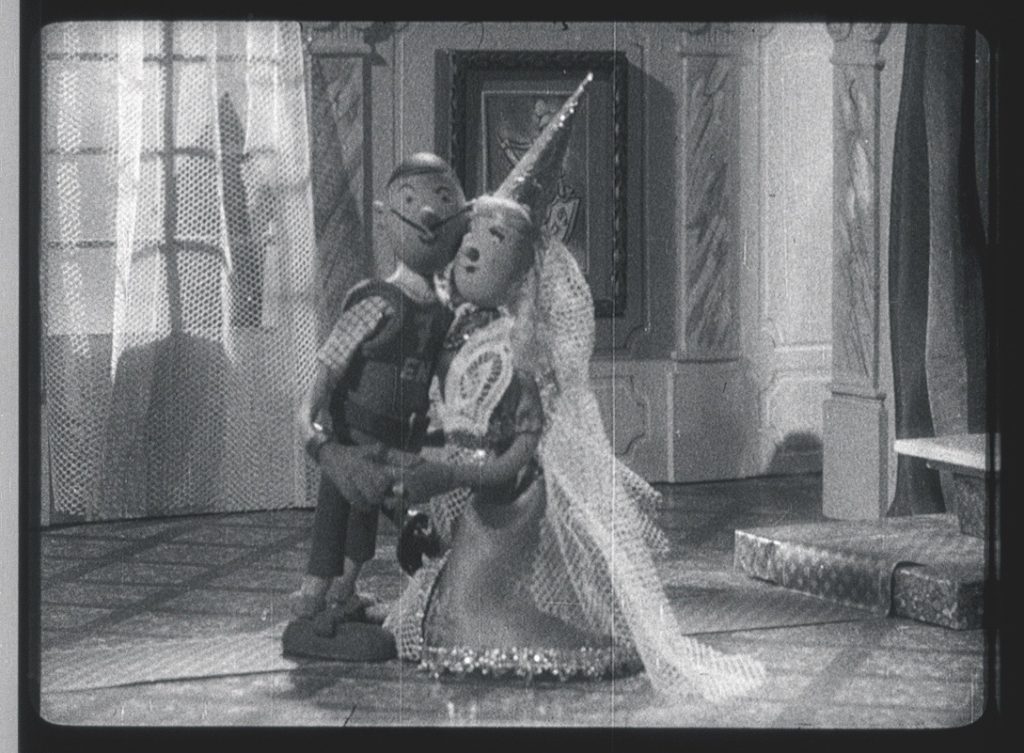 A retrospective suitable for viewing by young and old alike, paying tribute to all the pioneers of Slovenian animation cinema. A selection of 35mm films curated by Animateka festival… not to be missed!

7 NA EN MAH
(7 at Once)
Saša Dobrila
Yugoslavia, 1952, col. & b-w, 10’
The famous story (based on the Grimm brothers) of a tailor who killed seven flies with one stroke, thus winning a princess as a wife.

USODEN STREL
(Fatal Shot)
Mile de Gleria
Yugoslavia, 1953, b-w, 9’
A violent hunter is ambushed and defeated by a flock of birds and other animals.

NAJLEPŠI CVET
(The Most Beautiful Flower)
Saša Dobrila
Yugoslavia, 1957, col., 7’
A little bee is pursued by a bumblebee, who wants all the sweetest flowers for himself. After a lucky escape, the bee returns home with a bucket full of honey.

ZASPANE
(Sleep)
Črt Škodlar
Yugoslavia, 1959, b-w, 8’
Little Miha is not fond of school. No one can get him out of bed, except for a doctor with a large syringe.

INTERMEZZO
Dušan Povh
Yugoslavia, 1960, col., 8’
A symbolic play of abandoned toys and a lonely moon in a sleeping boy’s bedroom.

POROKA
(The Wedding)
Janez Menart
Yugoslavia, 1962, col., 10’
The unsuccessful attempts of one hungry cat who tries to eat a couple of newlywed mice.

KITARIST
(The Guitar Player)
Dušan Hrovatin
Yugoslavia, 1964, col., 11’
A boy locks a famous singer in his room and goes on stage himself in order to help his dog. The boy splits the money he collected with the singer and in this way, manages to pay for his dog’s visit to the dentist.