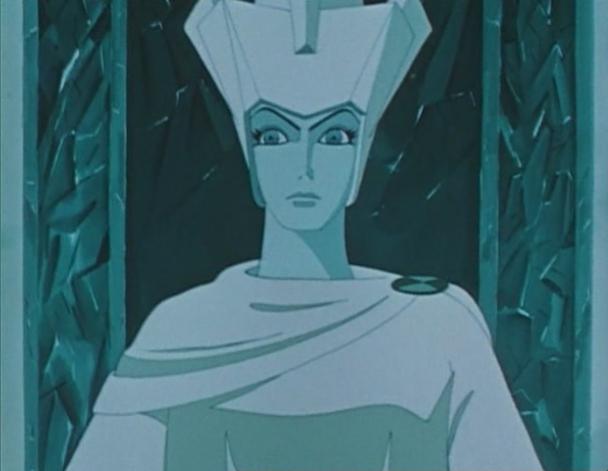 Two young children, Gerda and Kay are best friends. However, the depth of their bond is tested when the beautiful Snow Queen strike’s Kay’s eyes and heart with shards of ice that make him cruel. After breaking Gerda’s heart with his bullying, Kay is kidnapped by the Snow Queen, who takes him to her palace in the far north, where she hopes to erase all memories and emotions from the child. Desperate, Gerda sets out on her quest, determined not to give up until she has brought him back. Her love for Kay motivates her to leave home. She encounters a variety of strange and sometimes sinister characters during her quest. But can she rescue Kay in time, or will the Snow Queen succeed in turning his heart to ice?
The Snow Queen was presented in 1957 at the Venice Film Festival, where it received the prize for Best Film for Children aged 8 to 12.

Lev Atamanov (1905-1981)
One of the foremost Soviet animation film directors and one of the founders of Soviet animation art, Lev Atamanov was born in 1905 Moscow, from Armenian parents. In 1926 he graduated from the First State Film School where he studied under film director Lev Kuleshov. One of the leading figures of the Russian animation studio Soyuzmultfilm, in 1978 Atamanov was nominated People’s Artist of the Russian Federation.