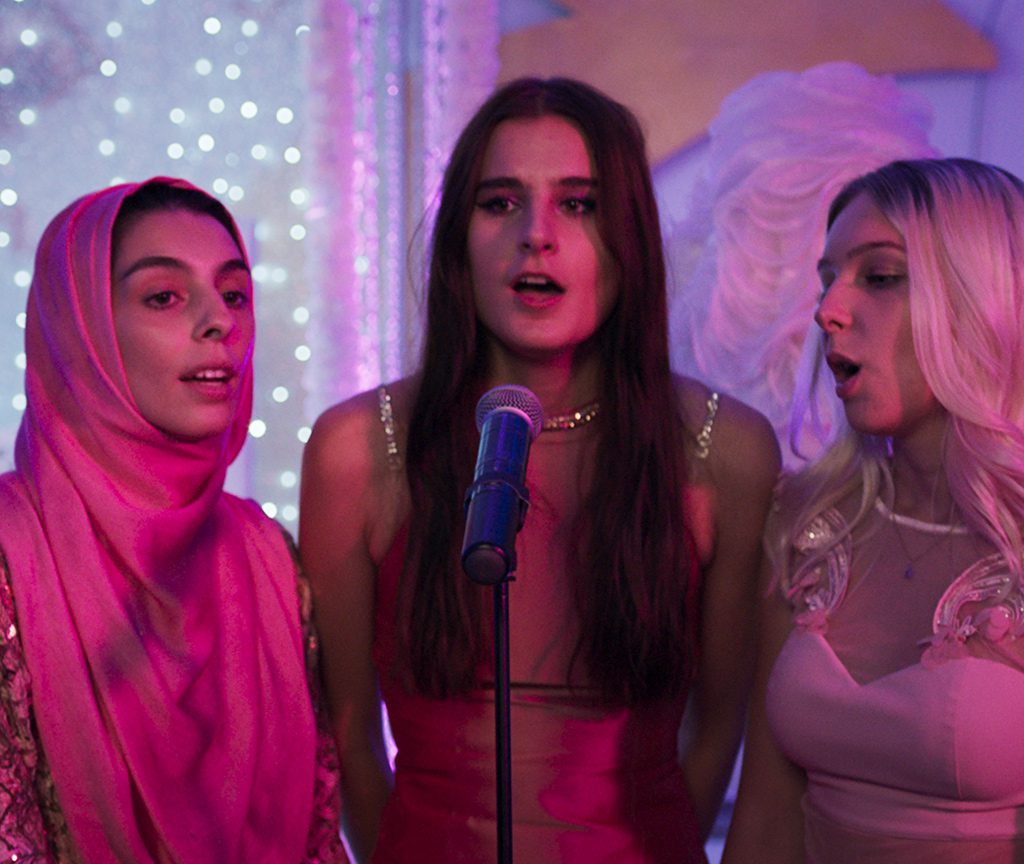 Three teenage girls from Vienna twerk in hijab and sing a pop song. A YouTube video of it makes them famous overnight, especially among Kurdish Muslims. Yesmin, the only one of the friends who is Kurdish herself, begins to distance herself more and more from her culture. Nati and Bella, on the other hand, seem fascinated by a world that is strange to them. When the girls meet two young Kurdish patriots, the situation threatens to escalate. A film about young people caught between social media and self-discovery, a story of rebellious young women. Sonne premiered at the 2022 Berlinale, where it received the GWFF Best First Feature Award.

“A few years ago, an Austrian taxi driver told me he was surprised to have a person like me in his cab for once, despite the fact he had picked me up in a “foreigners’ district”. Otherwise, it was all “Turks” and “Orientals” here. I contradicted him and told him that my background was also that of a migrant. He looked at me in the rear-view mirror. The ride fell silent. I took an Uber right afterwards, where a Kurd drove me and said that Kurdistan was much nicer and warmer than Vienna. He longed for his homeland… I said I was also Kurdish. He wanted to speak Kurdish to me. I couldn’t answer him. I don’t know the language. He was shocked that I, as a Kurdish woman, couldn’t speak Kurdish. This trip also became quiet. That’s why the film Sonne came about. Because I don’t belong anywhere … My beginnings in film and art revolved around self-expression and the search for belonging. Failure to achieve this played a role in many of my works. My inspiration came not only from the internet, but also from my family.” (K. Ayub)

Kurdwin Ayub
Kurdwin Ayub was born in 1990 in Iraq, she lives and works as a director and screenwriter in Vienna. She studied painting and experimental animation film at the University of Applied Arts Vienna and Performing Arts at the Academy of Fine Arts Vienna.