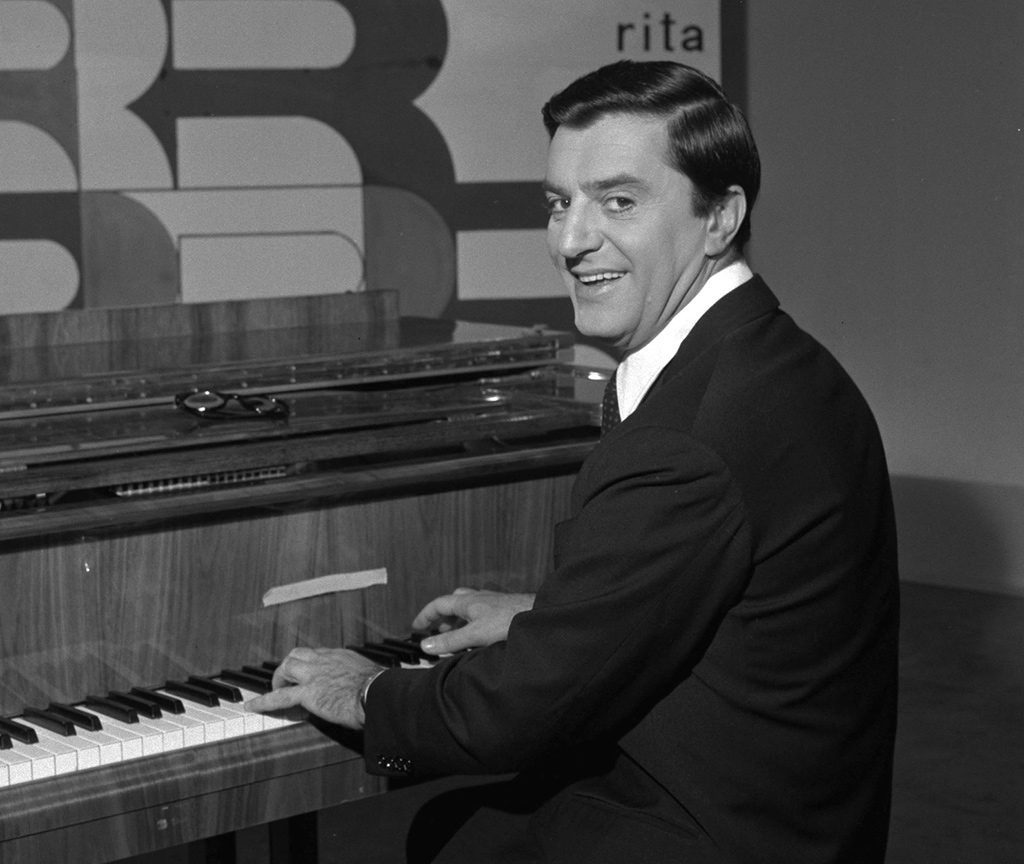 Lelio Luttazzi was one of the most emblematic figures of a time when music, theatre, film and television spoke the same language, one marked by superb songwriting and elegance. Souvenir d’Italie is the story of this great artist, whose life and career were intertwined with our recent history. It also looks at a moment in his life that others haven’t, perhaps because Luttazzi – this “healthy carrier of tuxedos”, as Enrico Vaime called him – was very reserved… Giorgio Verdelli reconstructs Luttazzi’s career and the miscarriage of justice that ended it in 1970. Above all, the film conveys the artist’s charm and intelligence as he reinvented Italian music and entertainment. The film premiered at Rome Film Fest 2022.

“Lelio Luttazzi is a name everyone knows, but almost exclusively for only one of his particular talents. On the one hundredth anniversary of his birth, this documentary aims to round out our understanding of this original artist’s extraordinary career. Luttazzi’s artistic output ranges freely across music and film to cabaret and even literature, thus standing as a cross-section of our recent past… In order to paint as complete a portrait as possible of Luttazzi the artist and Luttazzi the man, we dug deep into the stories told by his wife and friends and the photos, programs, and the enormous catalogue of his published music, unearthing all sorts of tidbits that are little known.” (G. Verdelli)

Giorgio Verdelli
Giorgio Verdelli is an italian director, author and producer of documentaries and music programs. He is one of the leading international music experts in Italy. Professionally born in the Neapolitan private radios, he made Shampoo in Naples 1980-81, the songs of the Beatles, sung in Neapolitan, still a famous cult in the cover sector. Giorgio Verdelli has more than 200 titles to his credit, including the cult TV series Unici.