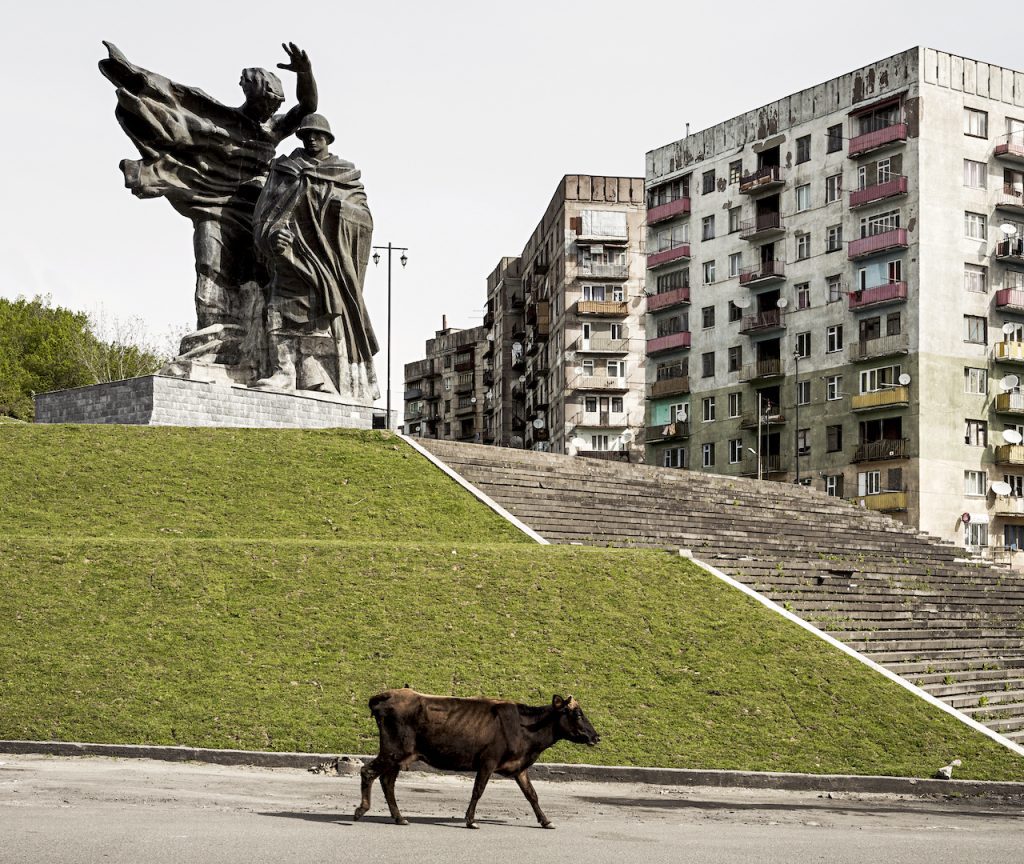 The 25 shots taken by architectural photographers Roberto Conte and Stefano Perego go to form a wide-ranging overview that bears witness to Georgia’s Soviet architectural heritage from the end of the 1960s to the end of the 1980s. They offer a journey almost out of time, providing an image of a Georgia of the past, when it was linked to the USSR, and of the present, characterised by the struggle for identity. The Soviet legacy, in architecture as in other spheres of life, highlights the peculiarities and contrasts of a transcontinental state facing the Black Sea, which lies right on the demarcation line that conventionally separates Europe from Asia.

Curated by Massimo Premuda, Soviet Georgia presents some visual and social cross-sections of the main Georgian cities such as Chiatura, Gori and Zestafoni. It also portrays the monuments of Zhinvali and Marneuli, and, finally, documents the social life of the capital, Tbilisi, from the palaces of power to those of culture and education, from social housing to its cemetery.

Georgia, the birthplace of the Soviet leader Stalin, is seen today by the photographers as a country in transition between a totalitarian past and an uncertain future, with a brutalist and modernist architectural legacy of buildings that have often been converted. An urban landscape that characterises the whole country, from the monuments with exasperatingly expressionist human figures to the roughness of the abstract geometries of exposed concrete. Architecture was once again the Soviets’ preferred tool for exercising their ideology and glorifying the Soviet Union, but there were also attempts to blend different architectural styles, as in the case of the 1975 building of the former Ministry of Highway Construction, a singular project that in the midst of the Soviet era attempted to blend the different architectural influences of the Georgian tradition, such as its characteristic roofs, with the utopias of the Metabolists and the horizontal skyscrapers of El Lissitzky.