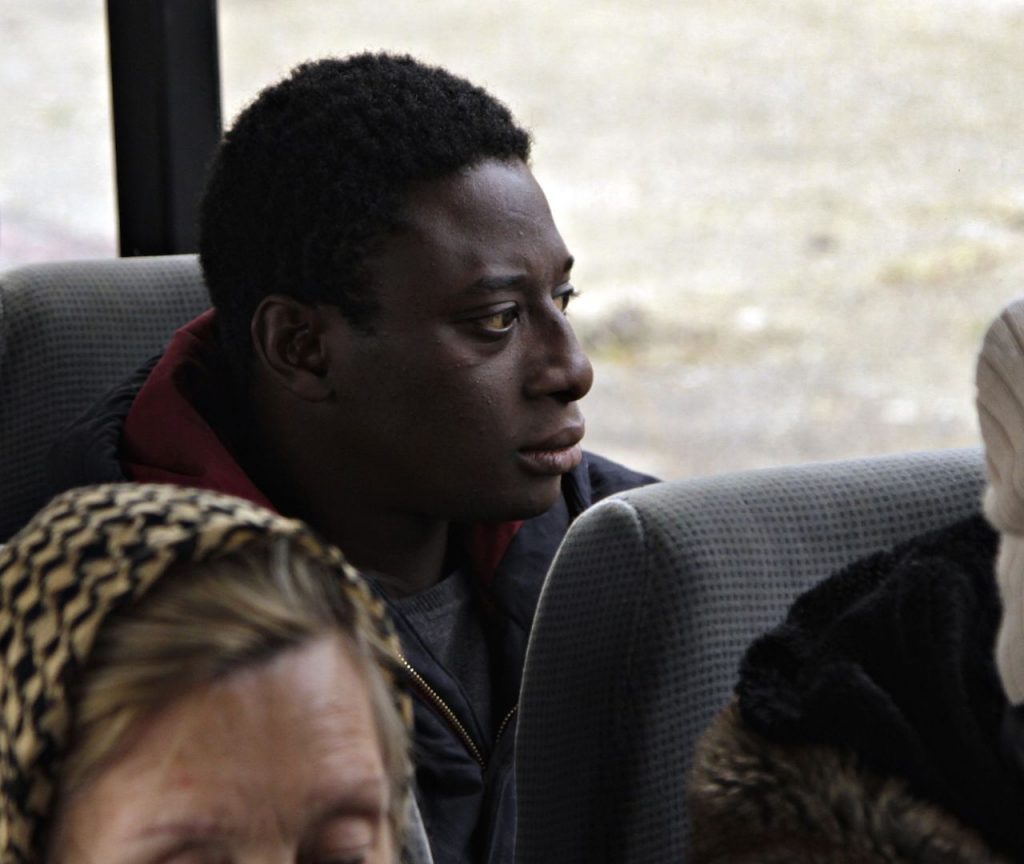 
(As Far as I Can Walk)
Stefan Arsenijević

Strahinja and his wife, Ababuo, left Ghana at the beginning of the migrant crisis. They managed to reach Germany but were deported back to Belgrade. Strahinja works hard to secure asylum. The process, however, is lengthy and Ababuo, a passionate woman aspiring to become an actress in London, feels unfulfilled in their life. One night, a new group of Syrian refugees arrive, one of them is Ali, a charismatic left-wing activist. Ababuo the very next day, leaves Serbia with him, providing no explanation. Strahinja sets off along the Balkan migrant route for completely different reasons than anyone else: for love.
Based on a true story, As Far as I Can Walk was awarded Best Film at the Karlovy Vary International Film Festival 2021.

“At the heart of our film is something very intimate. A love story … My hometown Belgrade was one of the hot spots on the so-called Balkan migrant route … It was emotionally striking to see these lost and exhausted people wandering around town. Some were poor, some even wealthy, but most of them were middle class, educated, and urban. People like me… At the same time, I considered doing a modern interpretation of one of the most important Serbian traditional epics, the medieval poem Strahinja Banović. It occurred to me: what if in the new adaptation the Serbian national hero was a young African migrant? … With truly wonderful and dedicated actors and crew, we were determined to connect two quite different worlds: a traditional Serbian and a modern migrant, hoping to get a new and deeper understanding of both. We received invaluable support from migrants in the refugee camps of Serbia who shared their experiences with us and were cast as extras and for small roles in the film.” (S. Arsenjević)

Stefan Arsenijević
Stefan Arsenijević, writer and director, was born in 1977 in Belgrade. Graduated Film and TV Directing from the Faculty of Dramatic Arts in Belgrade, where he now teaches film directing. The Trieste FF presented his award-winning short film (A)torzija, (2002) during the15th edition of the festival, and in 2006 in competition Lost and Found. Six Glances at a Generation, the omnibus film directed with Nadejda Koseva, Mait Laas, Kornél Mundruczó, Cristian Mungiu and Jasmila Žbanić.