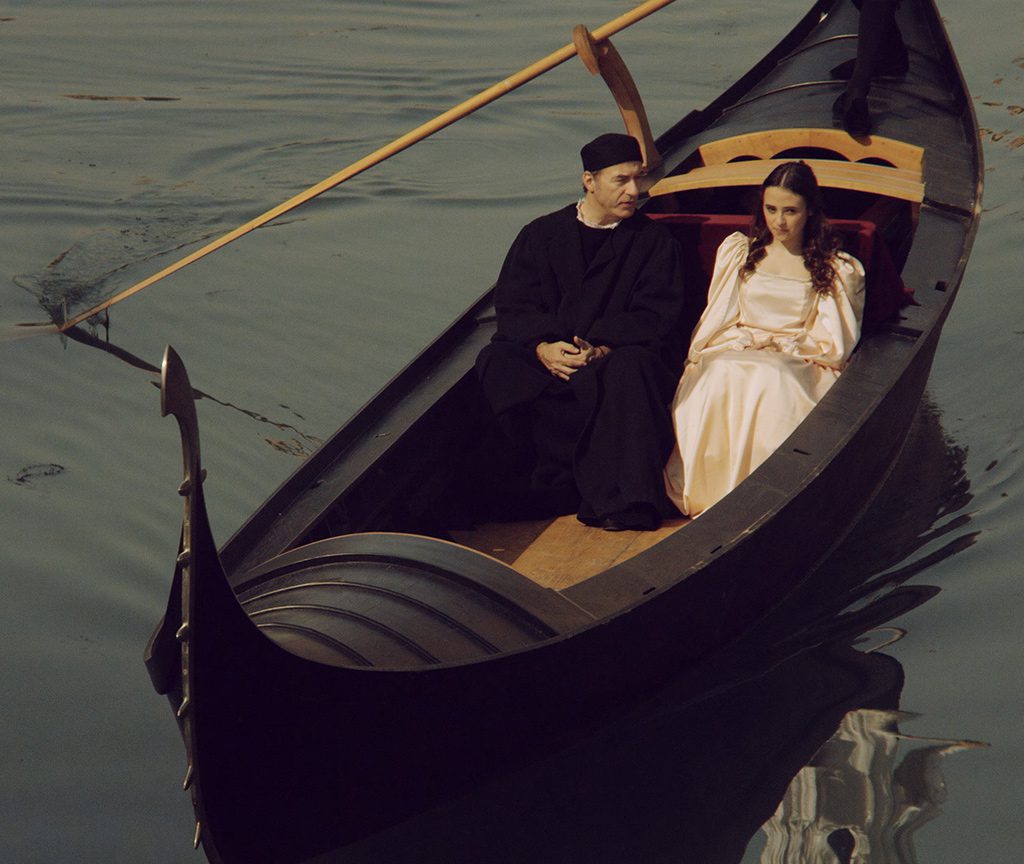 Venice, 1640. Jaffier is in exile on an island. Years before, in 1618, he was the leader of the conspiracy hatched by the Spaniards in order to conquer Venice. But he denounced the conspiracy to the Venice government and saved the city. Therefore he was banished by the Serenissima Republic for high treason.  Now, in 1640, he lives on an island of Venice like a hermit, facing his own defeat every day.

“The conquerors’ policy has always been to eradicate the conquered peoples, and it will always be the same. Jaffier rebels against this principle and action, not out of weakness but out of pity. Jaffier does not kill himself, he is not killed, but he lands on an island and must accept living with defeat and humiliation. He will no longer have to try to conquer, like in this case the victory over pain, but he will only have to accept the pain. He will have to accept his own fragility, the injustice he has been put through and the injustices he has caused to others…” (S. Nono)

Serena Nono
Serena Nono was born in 1964 in Venice. In 1982 she moved to London to attend Kingston University. She graduated in Fine Arts in 1987. In 1989 she returned to Venice where she has been living and painting. In 2006 she began to make films and documentaries.