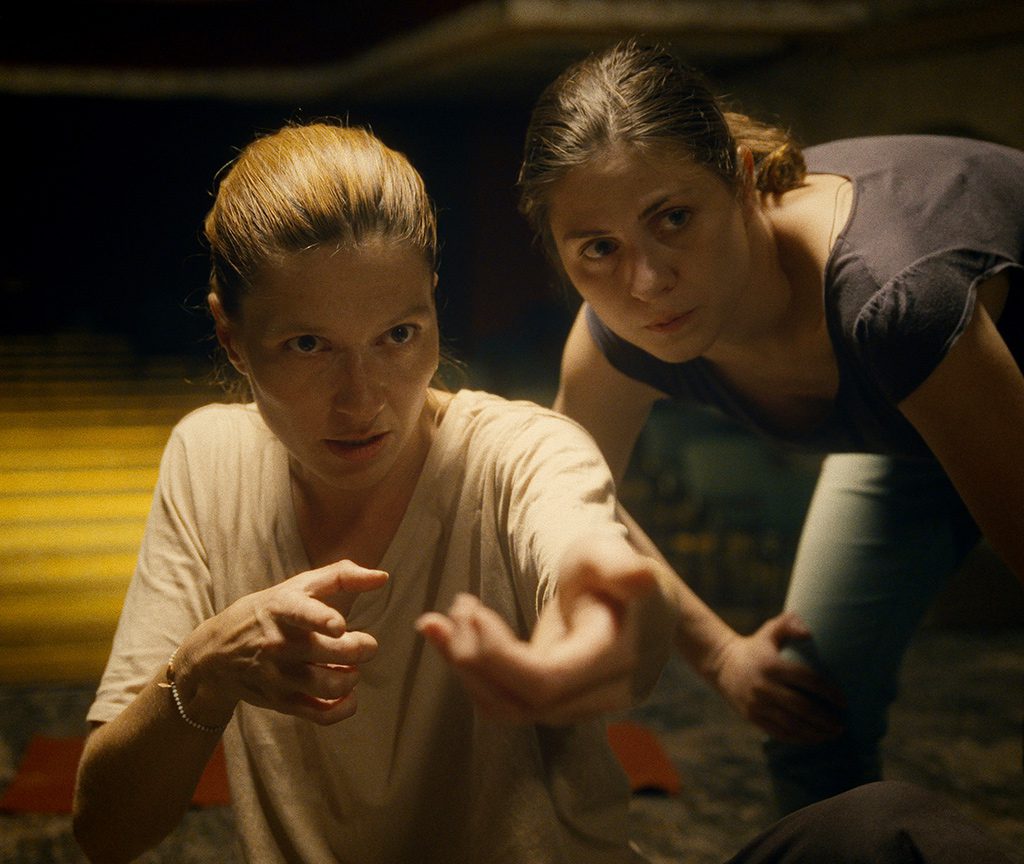 A few months prior to Russia’s full-scale invasion of Ukraine in 2022, five young women and men participate in a unique stage production that attempts to relate their war experiences to Shakespeare’s Hamlet. For each of them, the stage is a platform to express their grief and trauma through the famous question, “to be or not to be”…Slavik, who went through the hell of war and captivity as a soldier, Katya, who longs for her mother’s forgiveness for joining the army, Rodion, who escaped from Donbas and is now facing growing homophobia, Roman, who is still struggling with the traumatic memories of his experience as a paramedic on the battlefield, and Oxana, who struggles on an artistic frontline as an actress…A powerful portrait of a generation coping with the trauma of war which now, after Russia invades Ukraine, is their present and future alike.
Grand Prix winner at Critics’ Week at the latest Locarno FF.

“…we wanted to draw attention to the ongoing war in eastern Ukraine since 2014… and were interested in the fate of the young generation, born after 1989 in free and independent Ukraine. Their lives influenced by the 2014 Revolution of Dignity and the war have entirely changed.” (E. Niewiera)

Elwira Niewiera
Director and screenwriter, Elwira Niewiera was born in 1976 in Racibórz, Poland. She currently lives and works in Berlin. Together with Piotr Rosołowski, she directed the award-winning documentaries, Domino Effect and The Prince and the Dybbuk, the latter of which won an award in Venice and was also presented at the Trieste FF.

Piotr Rosołowski
Cinematographer and director, Piotr Rosołowski was born in 1977 in Olsztyn, Poland. He graduated from the Katowice Film School. He currently lives in Berlin. The Trieste FF presented in 2010 Rabbit à la Berlin, Academy Award-nominated short documentary film, and in 2014 The Art of Disappearing, documentaries both directed with Bartek Konopka. He also works as director of photography, he shot many awarded feature and short films.