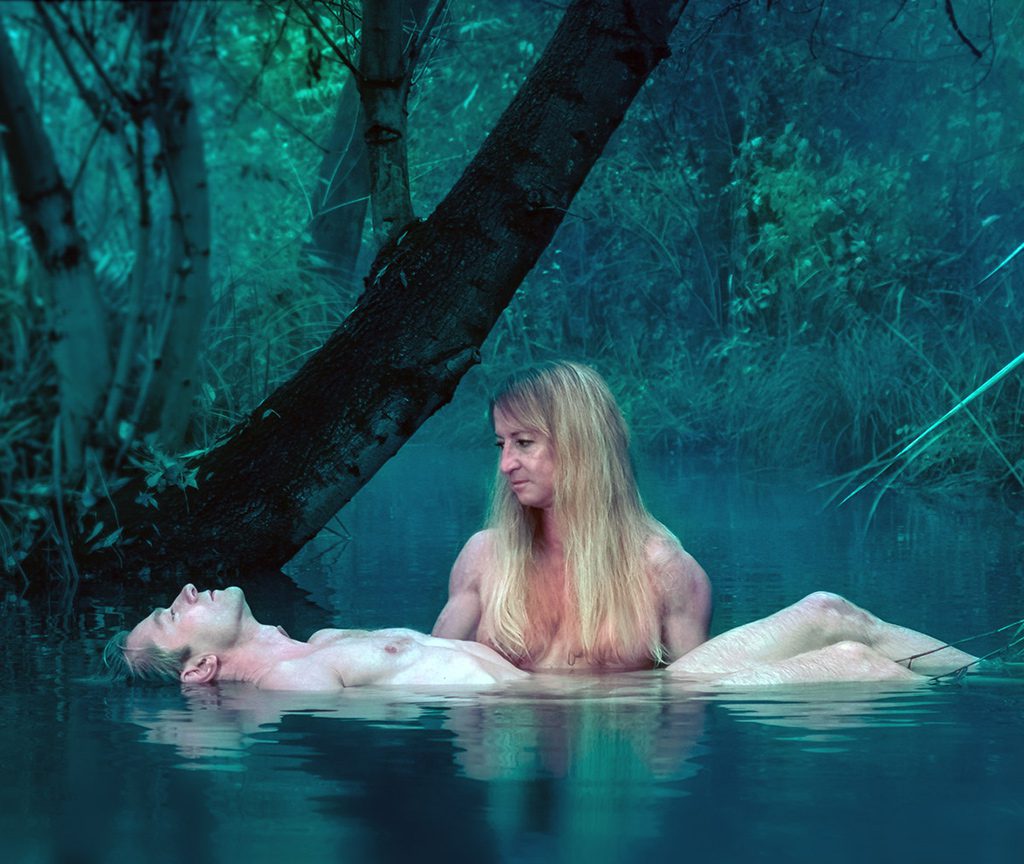 Edina, a female bodybuilder, is ready to sacrifice everything for the dream she shares with Adam, her partner and trainer: to win the World Championship. The odd love she finds on her way there makes her see the difference between her dreams and her true self.
Gentle premiered at Sundance in the 2022 official selection.

“The Female bodybuilder phenomenon is complex. It symbolizes the frustrations of our times. Edina’s body is the host of her anxieties; her struggles and desires materialize in her enormous muscles and bizarre life…Chasing perfection, she slowly withers: the female bodybuilder we see on stage in her highest magnificence, is actually a fragile woman swagging on the brink of death. Edina and Adam’s relationship is similar to the story of Dr. Frankenstein. As Frankenstein’s monster, Edina also discovers her humanity through the experience of falling in love…Gentle is a „body-film” which operates with pure images and avoids any satirical stylisation. Our main characters are real bodybuilders. We focused on the exploration of the plasticity and the body movement for the composition of the frame. We are concentrating on how the characteristics and comparative relationship of bodies express emotional statements. Monotony and the artificial material world frame her life as shown by the bold places and the pace of her intense work-outs and catatonic seclusion…Exploring Edina’s emotional arc, we deal with longing for love and identity.” (L. Csuja, A. E. Nemes)

László Csuja
László Csuja was born in 1984 in Debrecen, Hungary. He graduated from the Academy of Film and Drama of Budapest in 2012. His first feature length documentary Nine Months War (2018) about the Ukrainian-Russian military conflict, won the Special Jury Prize at Sarajevo IFF. His first feature, Blossom Valley premiered at Karlovy Vary IFF and won the Jury Prize. Gentle is his second feature.