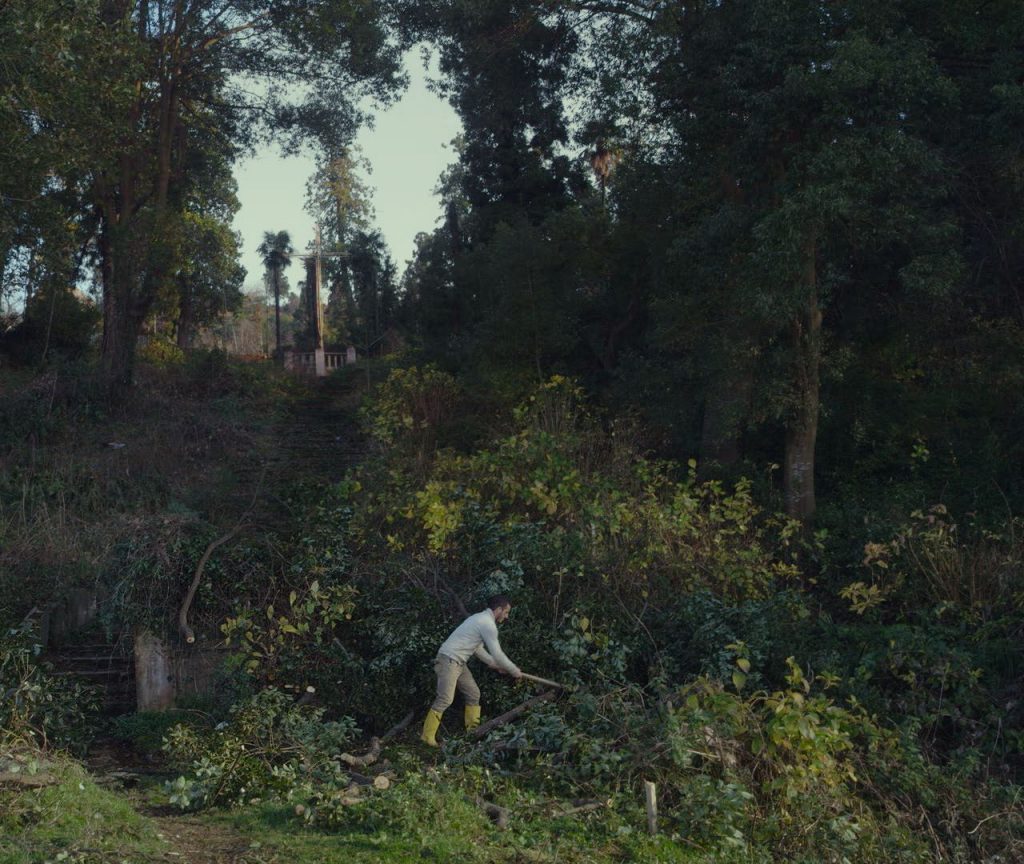 A powerful and anonymous man has developed an unusual hobby. He buys century-old trees, some as tall as 15-story buildings, from communities along the Georgian coast and has them excavated to collect them for his private garden. In order to transplant trees of such dimensions, the landscape surrounding them is ripped apart and the people living around them are forced to adapt to the disruption. As the film follows this process, it portrays the needs and values of today’s Georgian society and reflects on the theme of forced migration, where “uprooting” is more than a metaphor.
Taming the Garden premiered at Sundance Film Festival and was presented in many international film festivals, including Berlinale “Forum” and Cinema du Réel in Paris.

“The process of transplanting trees was very slow … But the biggest challenge was connected to the local inhabitants. Since the wealthy man behind the scenes is also the most politically powerful man in the country, they were often scared to even appear in front of the camera fearing possible consequences, the fear which we, like other fragile democracies, have in our blood.” (S. Jashi)

Salomé Jashi
Director, writer, cinematographer, producer, Salomé Jashi was born in 1981 in Tbilisi, Georgia. She first studied journalism and worked as a reporter for several years. In 2005 she was awarded a British Council scholarship to study documentary filmmaking at Royal Holloway, University of London. She is the founder of two production companies: Sakdoc Film and Microcosmos. The Trieste FF presented her documentaries Their Helicopter in 2007, Lideri yoveltvis martalia in 2011 and Bakhmaro in 2012.