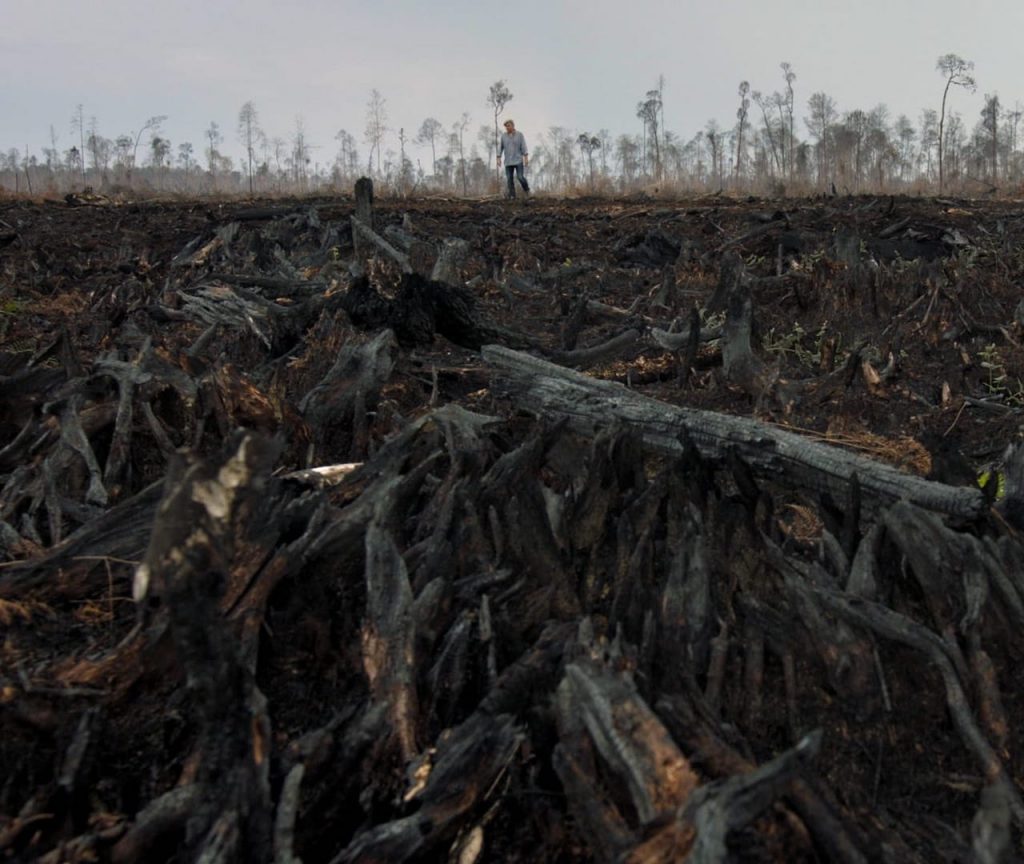 Environmentally friendly electric cars, sustainably produced food, fair production. The big companies would have us believe that we can save the world just by buying the right stuff. But this is a widespread and dangerous lie.
Special Mention at CinemAmbiente Festival 2018 in Turin.

“I started my research for this project with companies that have a positive public image. I met people from Fairtrade and other similarly respected associations and organisations and discovered that just because a product is covered in green slogans does not mean it is one hundred percent sustainable. The labels mostly refer to the individual ingredients of a product and it’s enough if just a small fraction of that ingredient is produced sustainably. After a while, I realised that I couldn’t find a single company that had convincing sustainability credentials. On the contrary! And I also found out how easy it is to get greenwashed … If more people understood the destructive mechanism of corporations and deregulated capitalism, we might one day be able to come up with a system which doesn’t need to tell us green lies.” (W. Boote)

Werner Boote
Film director Werner Boote was born in Vienna in 1965. He studied at the Film Academy Vienna where his initial focus was music. After working as an assistant director for some years (including Ulrich Seidl and Robert Dornhelm), he started making his own films in 1993. His documentary Plastic Planet (2009) was screened in over 80 countries. Population Boom (2013) won the “Green Me” Award in Berlin for the Best Green Documentary. He currently lives and works in Vienna.