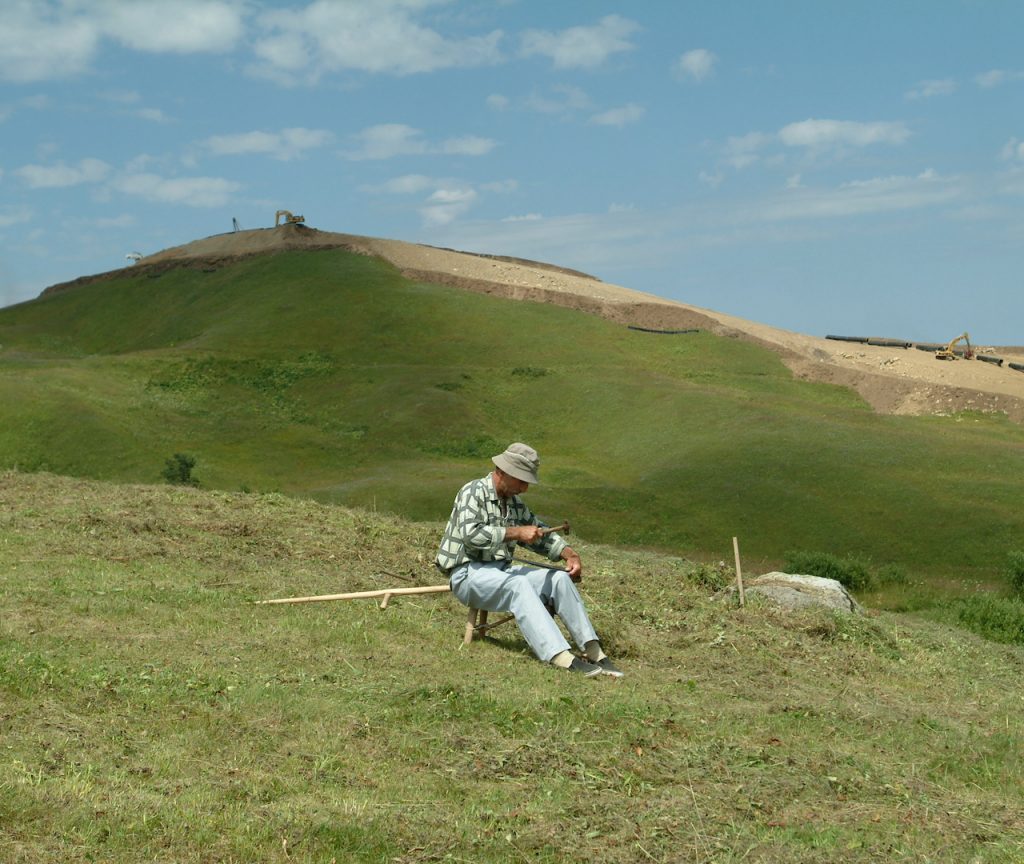 THE PIPELINE NEXT DOOR

Hidden away at the bottom of the Borjomi valley, home to Georgia’s most beautiful landscapes and a mineral water spring that is well known throughout the region, the little village of Sakiré is witnessing the most feverish days it has ever seen. A giant pipeline built by British Petroleum will soon cut right through this haven of peace, this oasis of clean air … Since the news spread through the valley, everything has been in an uproar. BP promised to pay compensation to the villagers if the working site cross over their land. But in this former Soviet Republic, it is almost impossible to determine exactly who owns what! Both lured by the potential tidy compensation in US dollars and terrified by this immense tube that will cut their village in two parts, Kako, Leïla and the other villagers argue over and over… Tension gets higher and higher…Will the pipeline be a monster destroying the valley’s beauty, or some glorious saviour that leads the region to prosperity?
Winner of EFA as Best documentary in 2005 and Grand Prix at Visions du Réel of the same year.

Nino Kirtadze
Film director, scriptwriter and actress, Nino Kirtadze was born in 1968 in Tbilisi. She holds a degree in literature. She began her acting career by playing the lead role in A Chef in Love a film by Nana Djordjadze which was selected at Cannes in 1996. During the troubles of the 1990s in the Caucasus, she worked as a war correspondent for AFP and for AP, covering the war in Chechnya and other armed conflicts in the region. Since 1997, Nino Kirtadze has lived in France, where she has worked with Peter Brook, Vittorio Gassman, Jean-Pierre Améris, Claude Goretta, Jacques Perrin and Josée Dayan.