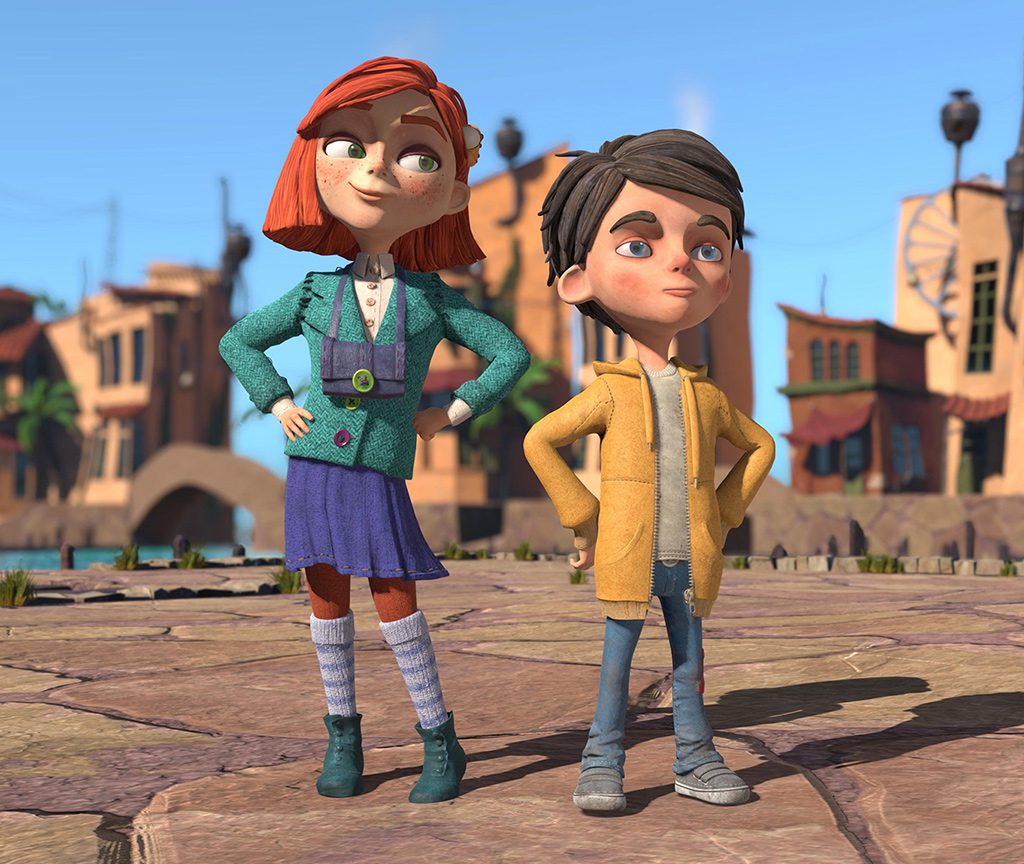 Shown in cinemas in English!
Together with his most loyal companions, a robot and a goldfish, young Riki has fantastic adventures every day. After chasing a mysterious distress signal, Riki is led to a magical world called Yourland…
A great animated film for those who dare to let their imagination run wild!
Recommended for children aged 6-12

Far beyond the borders of gloomy everyday stereotypes lies a magical world called Yourland. There the ravens act like the men, the building cranes walk like robots and monkeys are army generals. Riki has to enter this world to find the truth and save Yourland and his own world.

“Journey to Yourland tells the story of Riki, a ten-year-old boy, who dives into a big adventure, taking place in two different worlds: “Yourland” is a fantasy world, a place, where everything is possible and where dreams and crazy ideas come true, but also a site of cruel battles. The other world is Riki’s real world – cold, grey, and shrouded in difficult family problems. Time will show though that all the problems can be solved if we choose the right path. Yourland is not just a fantasy full of crazy inventions, giant robots, and magical creatures, it also shows the problems kids nowadays have to face. The journey through Yourland gives Riki an opportunity to encounter his own feelings, personified by other characters, and cope with them.” (P. Budinský)

Peter Budinský
Peter Budinský was born in 1983, He graduated in Animation film department from the Film and TV Faculty of the Academy of Performing Arts in Bratislava, Slovakia. He created several short films and music videos, among which Alfonz’s fly and tWINs. In 2013, he founded his own production company and animation studio plutoon in Bratislava.