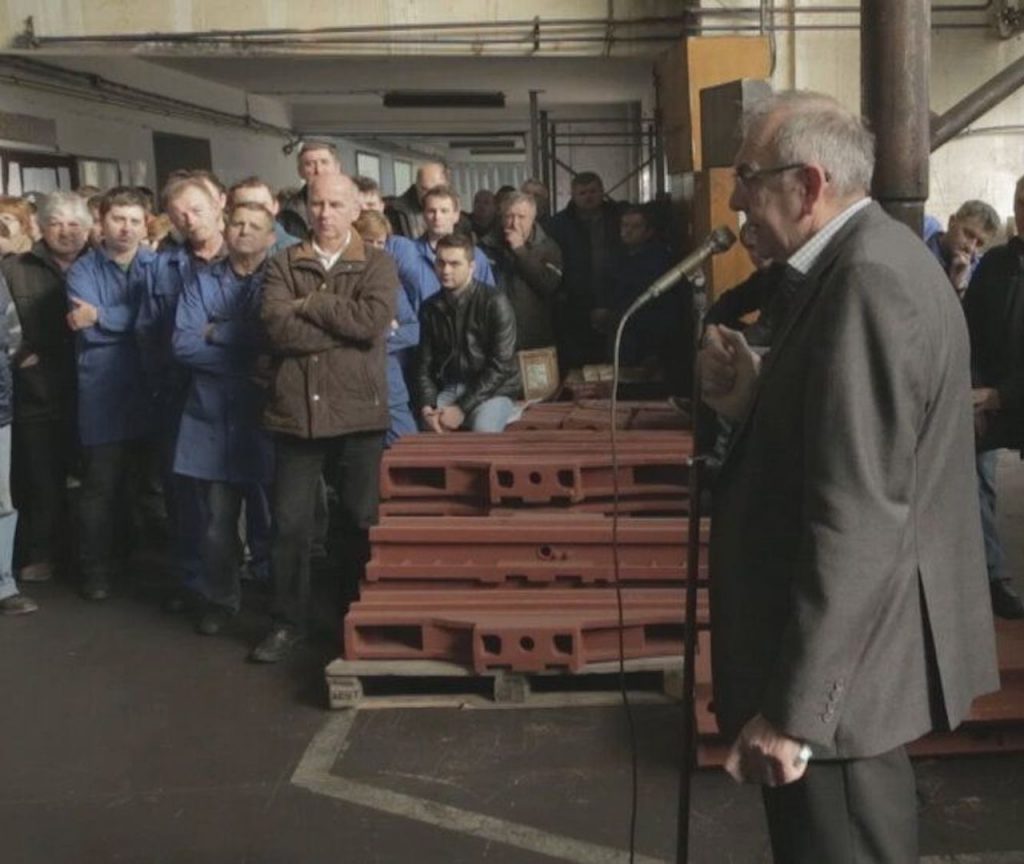 The occupation of a Croatian factory in 2005 turns into an alternative form of production, against the capitalist economy. Factory to the Workers follows the 10-year struggle of the employees to prevent production shutdown and keep their collective vision alive.
After its premiere at Sheffield Int. Doc Fest, the film was presented at Sarajevo and Cottbus film festivals.

“I belong to a generation whose coming of age was strongly marked by the process of Croatian postwar privatization… I’ve witnessed the shutdown of many factories which kept whole families fed. ITAS was a different example: the only factory in ex Yugoslavia (and Europe), in which the workers organized, physically took over and managed to continue the production. My initial intention was to show the good example, to share the knowledge with the hope that such endeavors can pave the way to a more fair economy. But my daily presence among workers made me realize that the story is much more complex.” (S. Kovačević)

Srđan Kovačević
Film director Srđan Kovačević was born in Zagreb, in 1982. In 2009 he received an MA in cinematography from the Academy of Dramatic Arts, University of Zagreb. Since 2000 he has worked as cameraman for various independent regional film and tv productions. Factory to the Workers was one of the selected projects at Last Stop Trieste 2021.