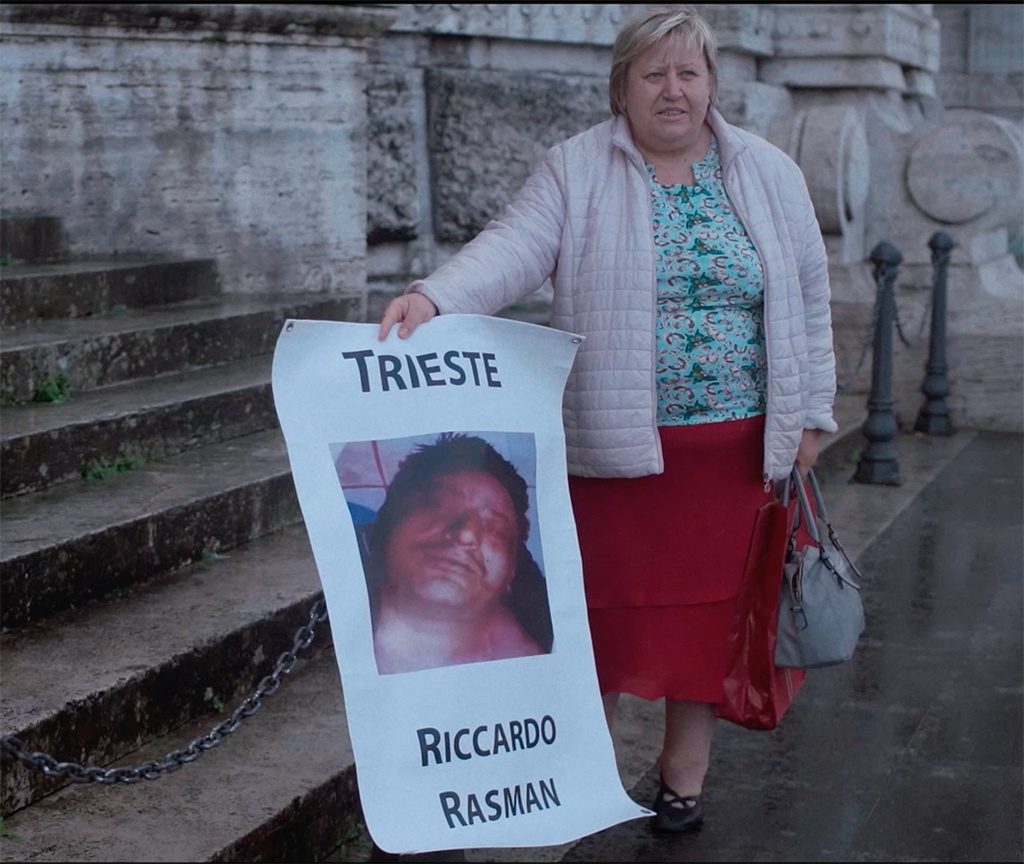 The life of Rasman family is devastated by the murder of their mentally disabled son Riccardo, who was killed by the police. The old parents and his sister Giuliana are searching for a form of justice that will help them to process an incomprehensible event. As their hopes to find a truth fade away, irrationality takes hold. We accompany the family’s feelings in the harshness of reality and through the most irrational nightmares. The only certain element remains a loss so deep that it makes one wish for the end of the world.
The film premiered at the latest edition of Giornate degli Autori in Venice.

“This film stems from the desire to explore a story that was unfairly left on the margins of the news, which carries elements of current affairs that question us about the principles of our society. Riccardo’s unjust death lives on in every gesture of his family, the protagonists of a creation documentary that observes their struggles and failures, showing the evolution in their feelings. From a story with a strong civil theme we thus connect with even wider and more universal territories of the human condition, like the desperation of a mother who has lost her son.” (R. Campagna, F. Savonitto)

Riccardo Campagna
A documentary director, Riccardo Campagna was born in 1991 in Palermo, Italy. After graduating in Drama, Art and Music studies from Bologna University, he enrolled at the Centro Sperimentale di Cinematografia in Palermo. His documentary Ars Longa Vita Brevis was selected in Italian and international festivals, obtaining various awards and special mentions.

Federico Savonitto
A director and producer, Federico Savonitto was born in 1981 in Udine, Italy. After graduating in Trieste, he attends the Centro Sperimentale di Cinematografia in Sicily.  In 2014 he founds the company Takaità Film. He directed and produced several documentaries such as La fine che non ho fatto, Pellegrino, In un futuro aprile. His work received multiple awards at Italian and international festivals.