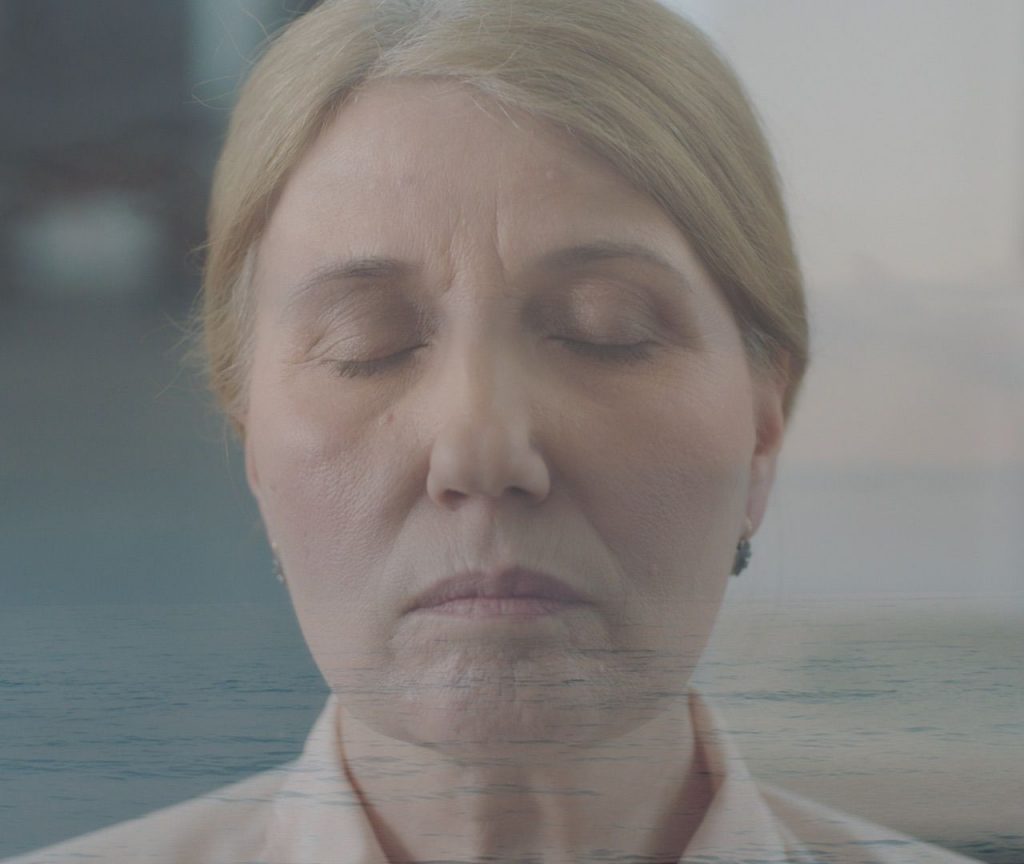 Vera is a middle-aged sign language interpreter, who leads a well-structured life: a wife to a renowned judge, a supportive mother, and a caring grandmother. Her serenity is disrupted by her husband’s unexpected suicide followed by an unwelcome, menacing parade of relatives who claim to have ownership over their village family house. When the tendrils of an underworld scheme begin to surface, Vera’s world will face danger and seem ready to collapse. Fear and mistrust will force Vera to take the family’s fate into her own hands.
After its premiere at the Venice Film Festival, in the “Orizzonti” section, Vera Dreams of the Sea was awarded Grand Prix for Best Film at the latest Tokyo International Film Festival.

“Vera, my mother, was in her mid-thirties when she divorced my father. Raised in socialist Yugoslavia, she believed in the judicial system and fought in courts to ensure our share of inheritance and was defeated. This was the first time she was confronted with the limits of the society she aspired for herself, becoming aware that the legal system follows a very patrilineal logic … In 2014, writer Doruntina Basha introduced me to her script Vera Dreams of the Sea. I was immediately drawn to her Vera; the main reason being her age and the social fabric of her life experience, which offered a nuanced and all-encompassing context of Kosovo … Vera’s fate unveils a merciless postwar society entangled in corruption … Her submissiveness makes me uncomfortable but also moves me, because women of her generation are rarely depicted in film or literature.” (K. Krasniqi)

Kaltrina Krasniqi
Kaltrina Krasniqi is a Kosovo-based film director. She graduated in Film Directing in the University of Prishtina in 2004 and in 2011 completed her MA in Kosovo’s Institute for Journalism and Communication. In 2015 she continued her professional development in the University of California, Los Angeles (UCLA) with focus in Film Producing. Vera Dreams of the Sea is her first feature film.