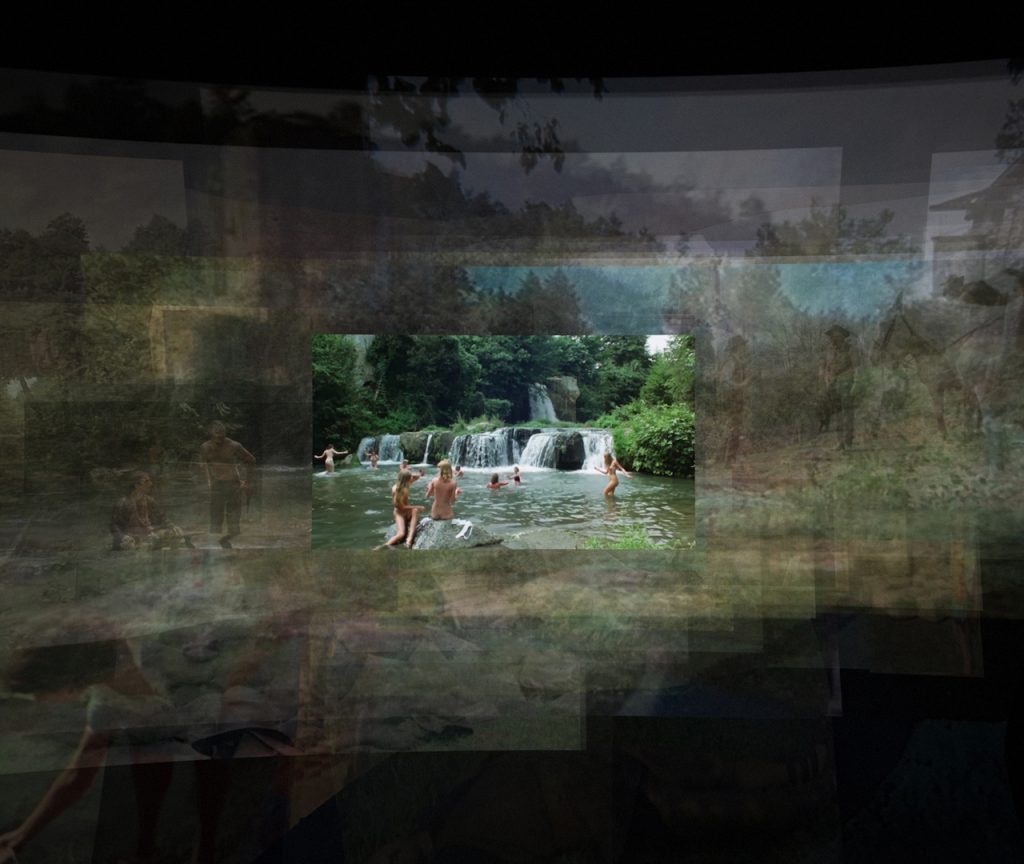 ‘Montegelato’ is a VR edited film, the first of its kind. Hundreds of cinematic sequences compose a three-dimensional collage of the Monte Gelato (RM) Waterfalls, as they were filmed by over 180 productions including films, tv series and spots. Cinema History and Human History live together in an unpublished tableau vivant. The film was in competition in the Venice VR Expanded Section at the 78th Venice Film Festival 2021.

Davide Rapp (Verbania, Italy, 1980). An architect by training, in 2014 he participated in the 14th International Architecture Exhibition – Fundamentals (Venice Biennale) with “Elements”, a 32-minute montage film describing the fundamental elements of architecture through a sequence of over 500 film clips. “Montegelato”, his first film in virtual reality, was presented in competition in the Venice Vr Expanded section of the 78th edition of the Venice Film Festival. He is founder and creative director of the Milan-based creative agency ‘-orama’.

please note that a Green Pass Rafforzato and a FFP2 mask are required for access to the festival sites (for those over 12 years old).