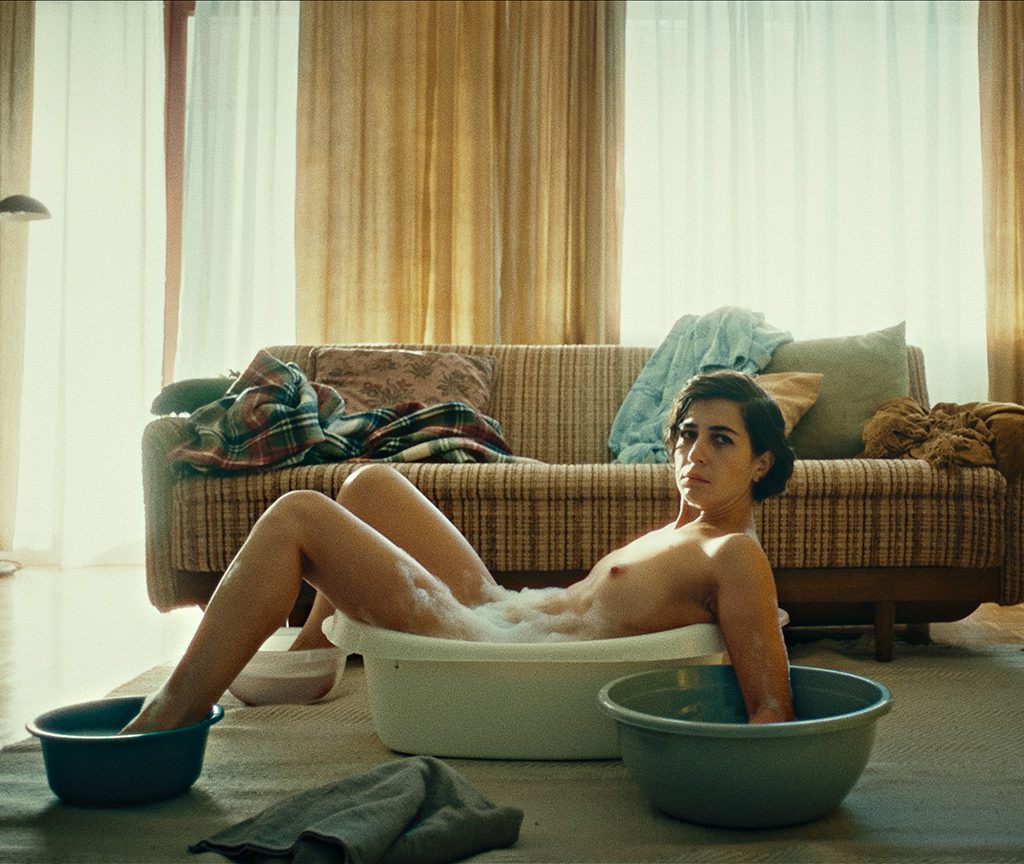 Anna lives with her daughter Iris in an appealing apartment building. It’s a safe place and as security officer, Anna holds an important position. When a dog disappears, fear and mistrust sparks in the community… The residents are convinced that the dog died a violent death. Fear of the unknown murderer spreads among the residents as they begin to suspect each other. Anna tries to call the inhabitants to reason, but a group of voluntary vigilantes opens investigations against her. Anna‘s situation becomes dire. To ensure that she and Iris can stay in the house, she goes beyond her moral limits. Opening film of the Perspective Deutsches Kino section at the Belinale 2022.

“The high-rise microcosm is a familiar world that always fascinated me. Born in a high-rise housing estate in St. Petersburg, I emigrated to Germany with my family in 1996. My parents wanted their kids to grow up in a safe country… free from fear. As soon as I set foot on German soil, I wanted to belong to this country… but the feeling of being a stranger persisted… and my fear grew. The fear of not belonging, of being excluded and threatened. I was also confronted with the fear of others who were afraid of us immigrants. In the cozy bourgeois homes, the creative worry was rampant that people who had just arrived in the country could put the warm nests of prosperity in danger… The film tells a story about fear as a self-reproducing system that dominates the political discourse. I created a slightly shifted reality in which I explore the outlets of fear, how it changes people and disrupts the social cohesion of a community.” N. Sinelnikova

Natalia Sinelnikova
Natalia Sinelnikova was born in St. Petersburg in 1989 and emigrated to Germany at the age of 7. In 2013 she graduated from Hildesheim University, with a Bachelor in Culture Studies, the major field of her studies being photography and theatre. Since October 2013 she has been studying film directing at Film University Babelsberg Konrad Wolf in Potsdam. We Might As Well Be Dead is her feature debut.