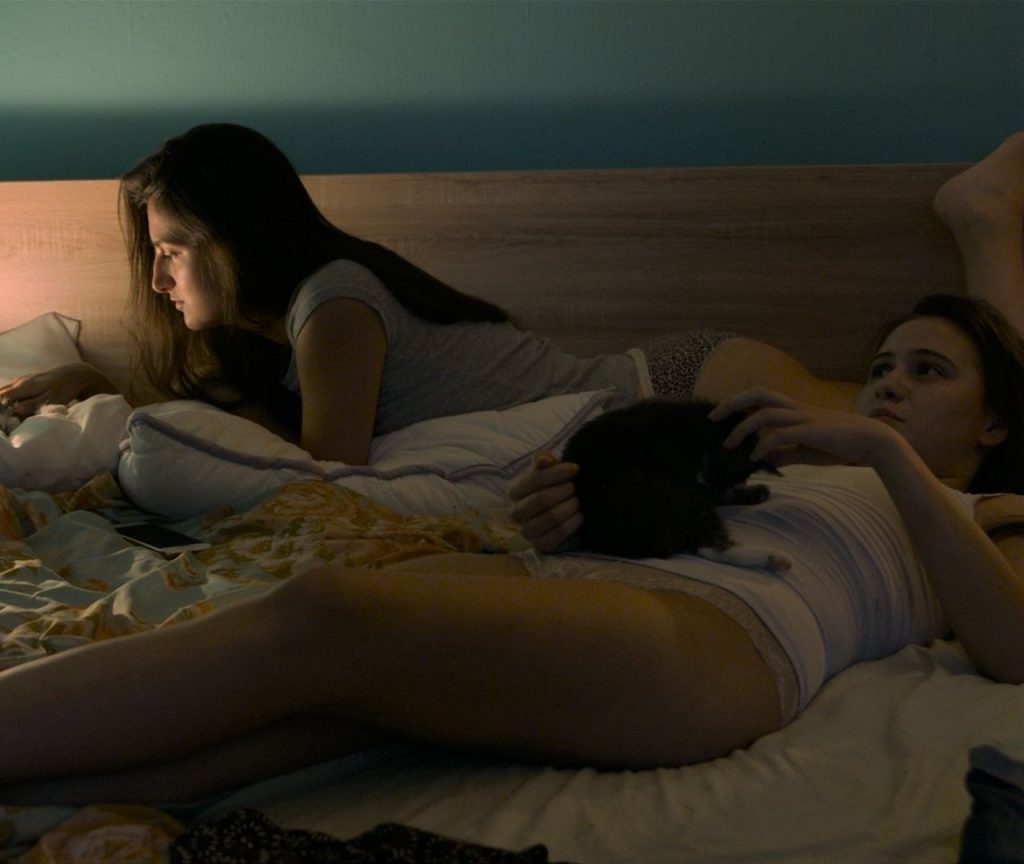 A mother stork is shot down from a chimney. A woman suffering from postnatal depression nearly jumps off a balcony. A girl has to deal with the stigma of HIV. A mother looks for magic in the lunar calendar. Fragility and absurdity in this contemporary Bulgarian family are set against the backdrop of violent anti gender-equality protests.
Based on a true story, the film premiered at Cannes Film Festival 2021 in the “Un Certain Regard” section.

“I, Vesela, grew up in a family of women. A family of three sisters, two of whom now have daughters themselves – just like the film’s heroines … Women and the world they inhabit have always inspired me… And I was fascinated by my mother, a victim of my father’s aggressive behavior … The Bulgarian constitution defines a woman as a person who gives birth to a child… We then saw nationalist uprisings motivated by the fear that Europe would try to impose “gay” values on the population. There have also been demonstrations to protect traditional family structures and childhood … The film’s central character, played by Maria Bakalova, is the link between every character in this ensemble film … When we chose Maria out of 100 young actresses in Sofia, we didn’t know she would soon have the lead role in a big Hollywood production (Borat 2) which would later win her a Golden Globe and an Oscar nomination. Women Do Cry dives into the female psyche, into the heart of a country that does not officially recognize the word ‘gender’. A country in Europe, torn by cyber-bullying, poverty and isolation.” (M. Mileva, V. Kazakova)