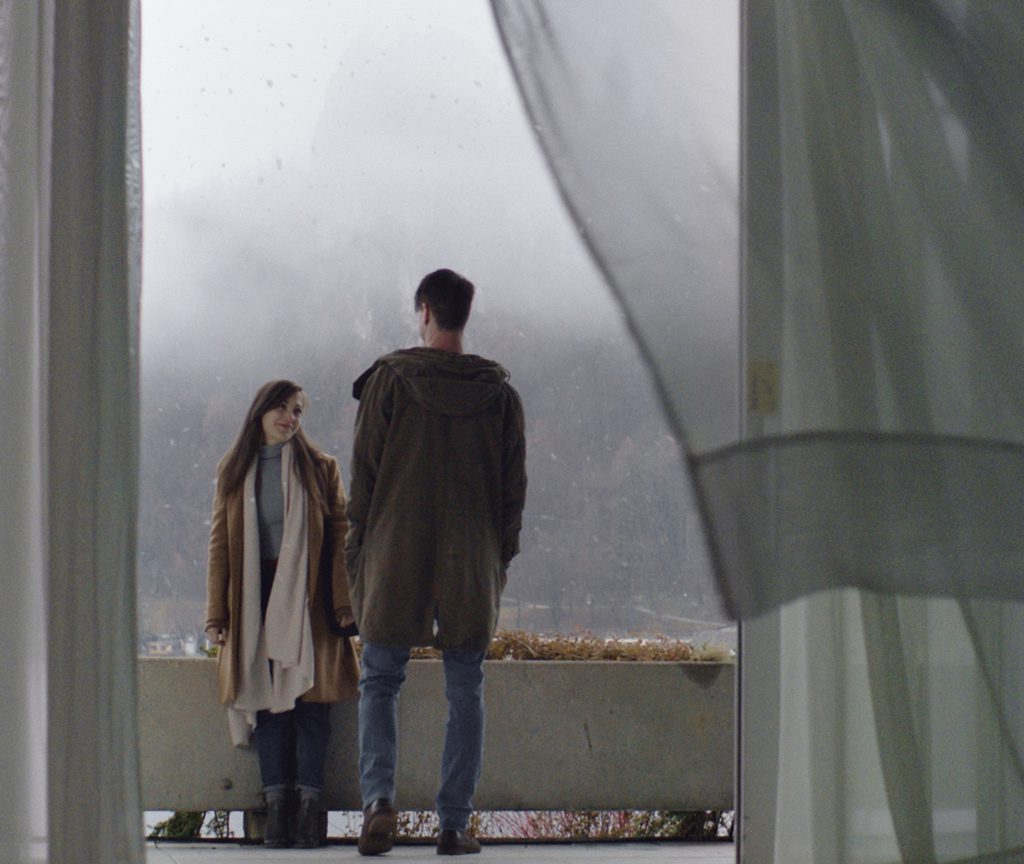 Rok awakes in the hospital where he ended up unconscious due to an unfortunate incident. He has no memory of his girlfriend, his job, nor the apartment he lives in. All he remembers is his hometown and the home he shared with his mother and younger brother. Shortly after returning to his neighbourhood Rok notices that he’s no longer welcome. His family and acquaintances behave differently toward him. Slowly, he manages to piece together a mosaic of memories, realizing how problematic his past was. His younger brother is following the same path. For the first time in his life, Rok accepts responsibility; he wants to put an end to the bad family history and prevent it from repeating itself. Wake Me premiered at the latest Tallinn Black Nights Film Festival.

“In recent years, the world has witnessed historical revisionism–the reinterpretation of history. Younger generations are spending much more time on the Internet, where they acquire incorrect historical facts. It seems that, influenced by this, the image of history that they’re creating is completely different from what it once used to be. Due to memory loss, the film’s main character, Rok, doesn’t remember his problematic past–and, upon returning to his hometown, he begins uncovering his old ‘demons’. His amnesia caused by a head injury represents today’s contemporary individuals who generally know nothing about sharing a common past and who are more easily pushed into hostility towards other cultures and fellow citizens. This general ignorance of history is something that’s affecting us all, and it’s exactly what my fourth film is about.” (M. Šantić)

Marko Šantić
Film director and screenwriter, Marko Šantić was born in 1983 in Split, now Croatia. He lives and works in Slovenia, where in 2008 he graduated in film and TV directing from AGRFT, the Academy of Theatre, Radio, Film and Television of Ljubljana University.
His films premiered at major Film Festivals obtaining international recognition and the feature Seduce Me was also Slovenian submission for the 87th Academy Award for Best Foreign Language Film in 2014.