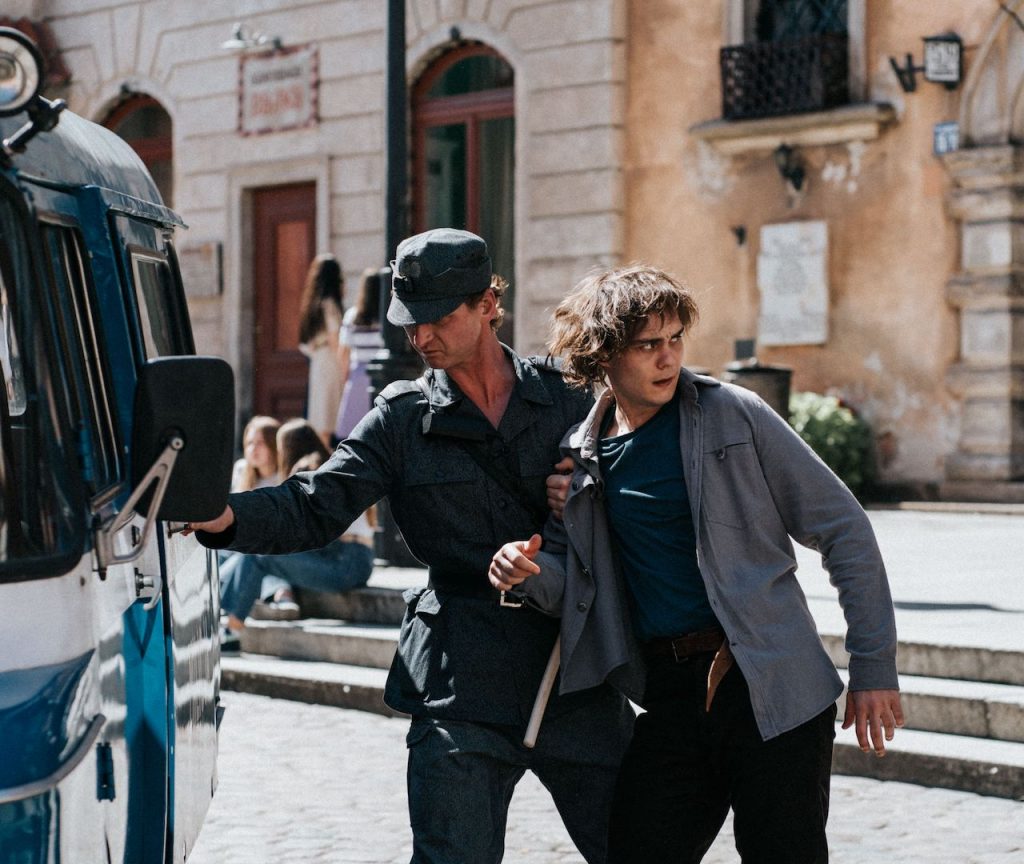 Poland, 1983. The country is shaken by the case of Grzegorz Przemyk – a high school student beaten to death by militia. Based on true events, the film follows the story of Jurek – the only witness of the beating, who overnight became the number one enemy of the state. The oppressive regime used its whole apparatus – the secret service, militia, the 10media and the courts – to squeeze Jurek and other people close to the case, including his parents and Przemyk’s mother, Barbara.
Leave No Traces premiered in competition at the Venice Film Festival 2021. The film was selected as the Polish entry for the Best International Feature Film at the Academy Awards.

“Film is a strange kind of mirror. It can dive deep into somebody’s soul. Both the main character and the viewer. Everyone can see a different thing in a mirror and that’s the beauty of cinema. That’s the freedom we need. Grzegorz Przemyk cared about his freedom when the policemen asked him about his identity card on 12th May 1983. He knew he didn’t have to show it, because martial law was suspended at that time. So he didn’t. Nobody knows who threw the final, deadly punch that killed him. It’s Kafkaesque and it resembles contemporary cases. The only reason this story surfaced is that there was an eyewitness. The film gave me an opportunity to go through different perspectives of communist regime in Poland in the 80s. That’s a really multilayered mirror. And we should try not to break it. Only if we remember, can we maintain the hope it won’t happen again.” (J. P. Matuszyński)

Jan P. Matuszyński
Film director Jan P. Matuszyński was born in 1984 in Katowice, Poland. In 2010 Jan completed the Documentary Course at Wajda School. He graduated in 2012 in film directing from the Krzysztof Kieślowski Faculty of Radio and Television at the University of Silesia in Katowice. The Trieste FF in 2017 presented his first feature The Last Family. Leave No Traces screenplay was one of the projects selected and developed during Midpoint @ Eastweek 2018.