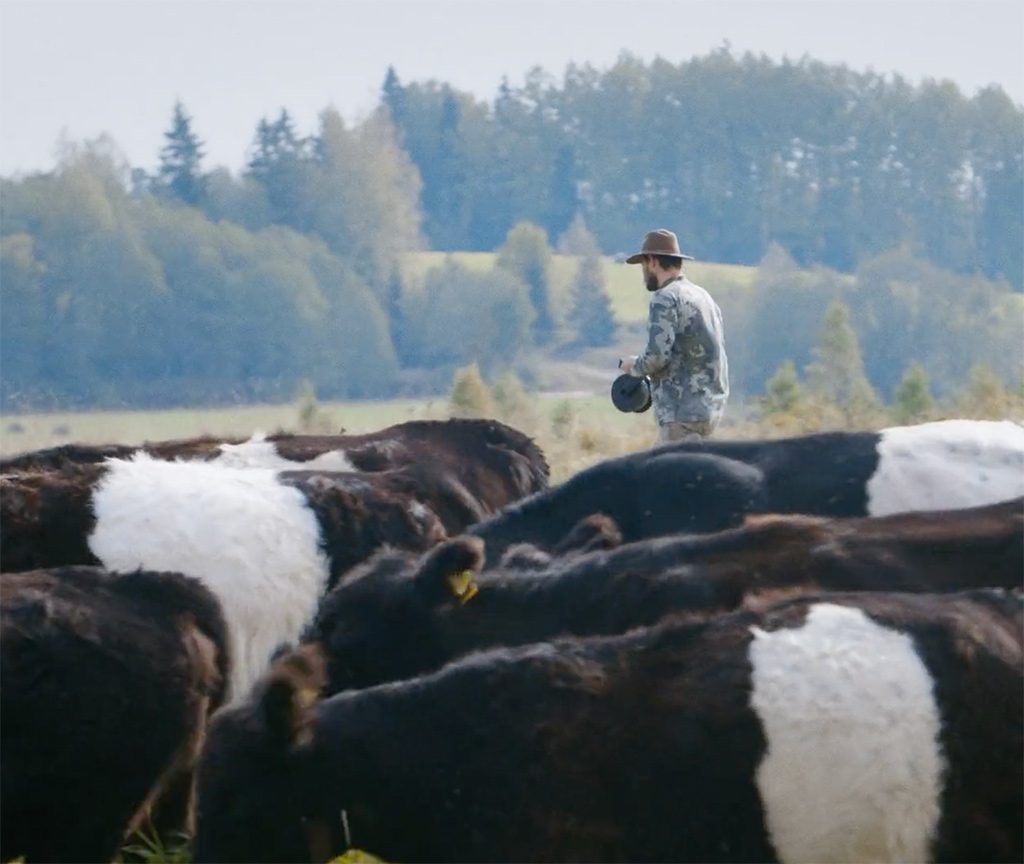 Through six very different families, the documentary The Land explores the variety of today’s countryside, the contradictions surrounding rural existence and the illusions of life as a farmer. Together with our protagonists, we experience an annual agricultural cycle, beginning with the spring sowing and ending with the autumn harvest and the preparation of the land for the following year. These individual stories trace the landscape of the 21st century countryside.
The Land was presented at IDFA 2022.

“’Within each Latvian there is a peasant’, but in each generation there is a completely different peasant, and through each generation of peasants you can see an entire era. I feel that we have a duty to write the visual history of the nation, that we have a responsibility to capture and reveal what happens to others and to future generations. There is a saying that goes back to the Middle Ages: what has not been written, has not happened. That is how I see the mission of this film: what has not been filmed, has not happened.” (I. Seleckis)

Ivars Seleckis
Born in 1934 in Latvia, Ivars Seleckis is one of the founders of the legendary Riga school of poetic documentary. In the 1960s he studied cinematography at the Moscow Film Institute and in 1968 made his debut as a documentary director. A large part of Seleckis’ filmography belongs to the canon of Latvian film history, including Crossroad Street (1988), winner of three of the world’s most prestigious documentary awards. Now in his eighties, he is still busy making new films.