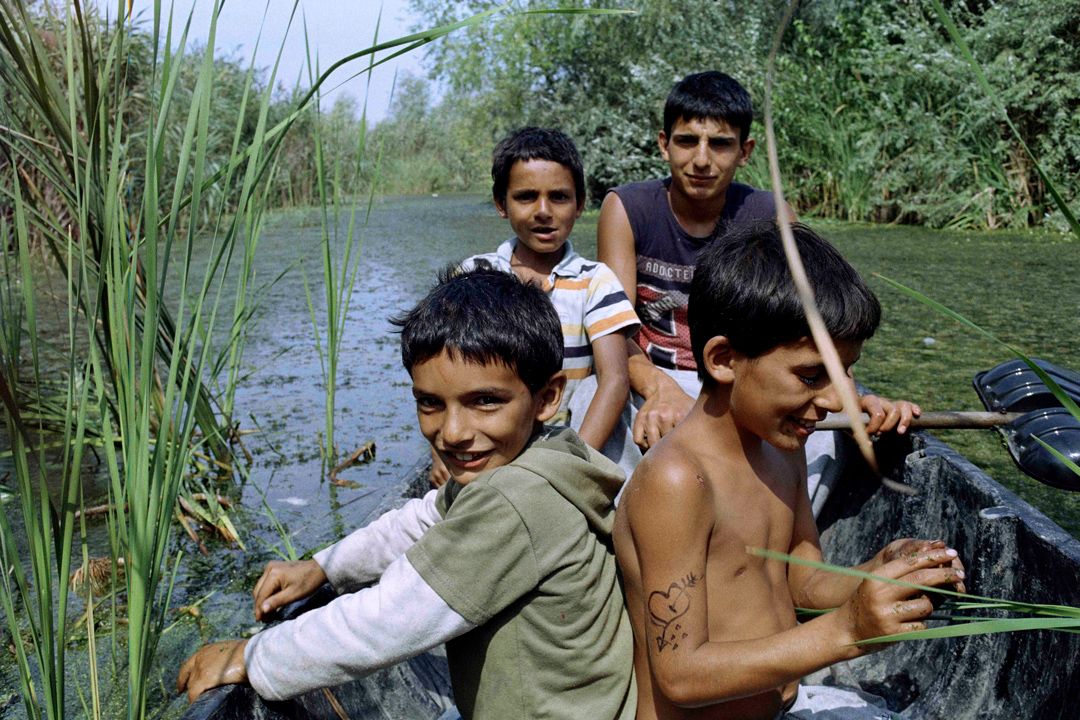 In the wilderness of the Bucharest Delta, an abandoned water reservoir just outside the bustling metropolis, the Enache family lived in perfect harmony with nature for two decades, sleeping in a hut on the lakeshore, catching fish barehanded, and following the rhythm of the seasons. When this area is transformed into a public national park, they are forced to leave behind their unconventional life and move to the city…
Special Jury Prize for Cinematography at Sundance 2020 and Human Rights Award at the latest Sarajevo Film Festival.

“The most important aspect of my approach for shooting this film was to build trust with the Enaches. The last three years I’ve spent with them gave me intimate access to the family. This was crucial for creating, inside the film, the feeling of being a close family member – something that I want the audience to experience as well… In order to create this feeling of familiarity and home, the camera is always shooting at the eye level of the characters and at close distances, especially when highly emotional events are taking place.” (R. Ciorniciuc)

Radu Ciorniciuc
Film director, producer and investigative reporter, Radu Ciorniciuc in 2012 he co-founded the first independent media organization in Romania “Casa Jurnalistului”. Acasă, My Home is his debut feature length film, and it has been successfully presented in many international festivals.