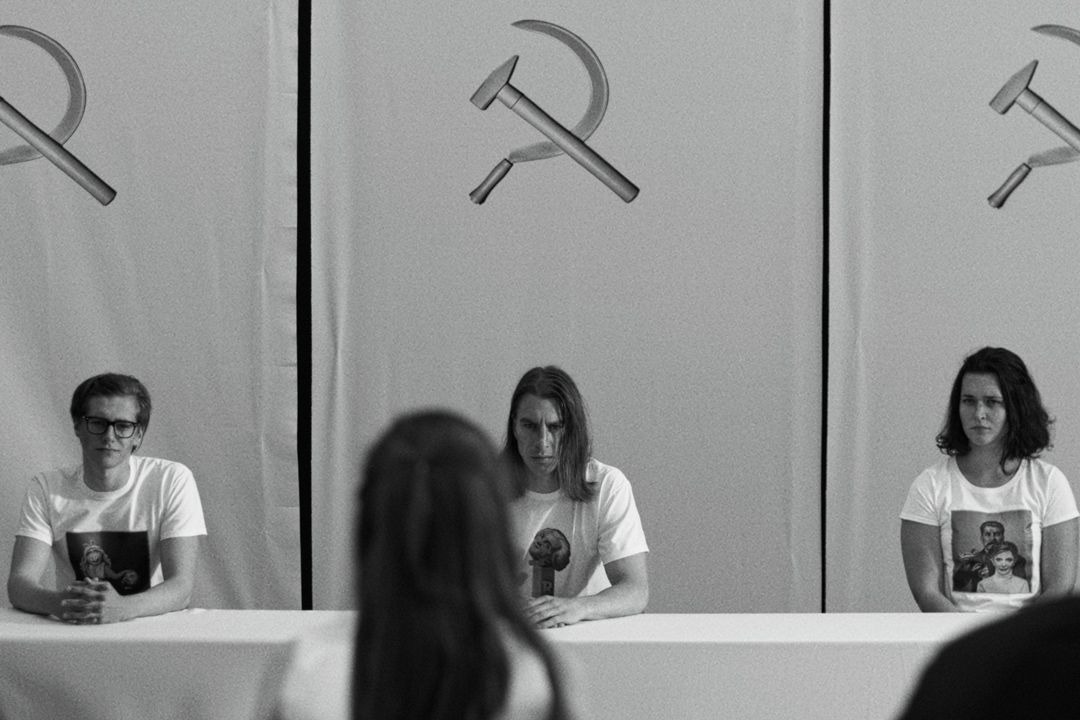 (Antigone – How Dare We!)
Jani Sever

1) How did the relationship with Žižek begin and develop? Was his involvement and presence established from the beginning, or had you thought of a different kind of involvement before?
2) Why did you choose to represent Žižek’s text with alternating scenes of fiction and documentary?
3) Do you see your film as a contemporary critical testimony on social life in Europe, and particularly in Slovenia? How is the political scene evolving in your country?

The classical heroine as a symbol of moral resistance against the malevolence of the State is significantly transformed in Slovenian philosopher Slavoj Žižek’s conception. His polemic interpretation of the famous myth is interspersed with acted passages from the staging of his drama Trojno življenje Antigone, etično-politična vaja (l.t. The Triple Life of Antigone). In contrast to this, there are television recordings of political cataclysms. Against this backdrop, the director asks crucial questions about the essence of law and morals in the world of broken-down democracy.
Best documentary at the Festival of Slovenian Film in Ljubljana, the film was selected also at the Jihlava International Documentary Film Festival in Czech Republic.

“When I started to work on film, the idea was to work on the parallels between Antigone and today’s public figures… The most difficult task was a choice of images that we are all familiar with but we associate them in different ways. In the end the film for me is not so much about Antigone, but more about the questions of our future.” (J. Sever)

Jani Sever
Historian, producer and director Jani Sever was born in 1963 and graduated from Ljubljana Faculty of Philosophy. He played in punk bands, published poetry and was editor-in-chief of the leading Slovene political weekly “Mladina”. In 2011 Sever founded the production company Sever & Sever.