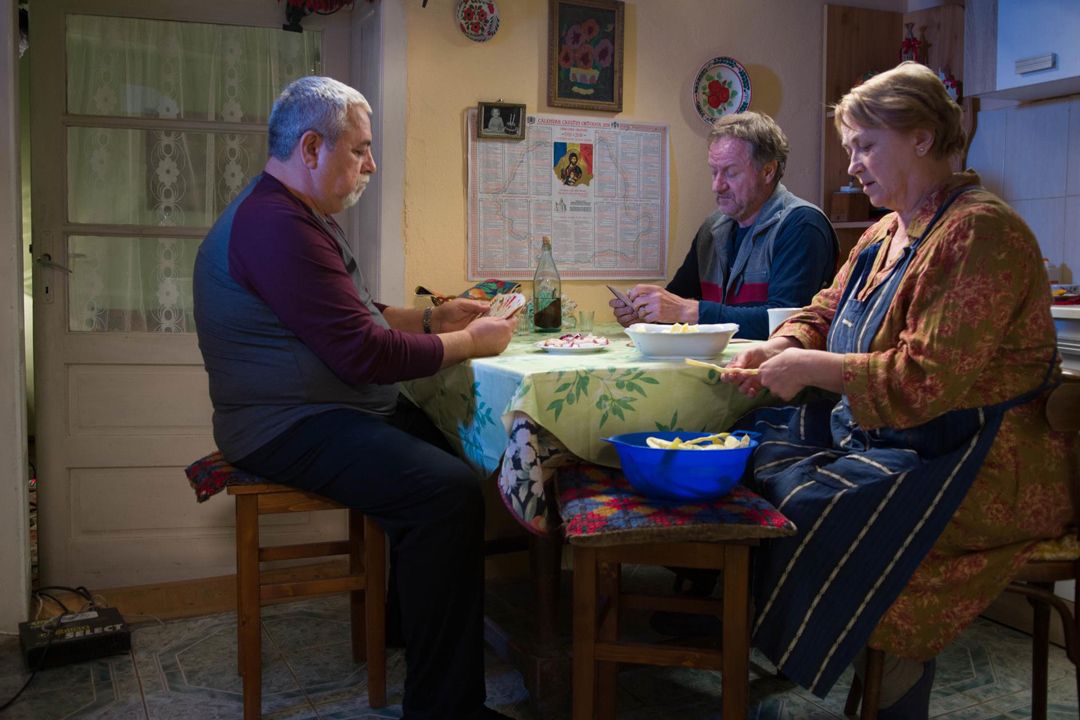 1) As your first film Morgen, The Campaign too is set in your hometown, Salonta. What’s the reason behind this choice?
2) Let’s talk about the writing of your film: how long was the process and how did you come about the idea?
3) Did a real campaign in Romania inspire Gabriel Andronache and you for the writing?

Viorel, a quiet, upright tractor driver from a small town in West Romania meets Mocanu, a high profile politician campaigning for a seat in the European Parliament. Mocanu’s car has broken down nearby and Viorel and his wife welcome the politician into their humble home. Under investigation for corruption, Mocanu sees an opportunity and decides to stay with this modest family during the rest of the campaign, winning people’s hearts by posing as a common man next to his “old friend”, the honest, hard-working farmer. In return, Viorel will get a new tractor.

“The Campaign is a satire comedy about politics and life telling a story about two totally different people … One dreams about a new tractor, the other wants to get into the EU Parliament, by using the other. I find these opposite characters intriguing … What also interests me is the mechanism of manipulation we are part of when the election comes. How does the manipulation grow from a single photo on Facebook, the power of one image in an era when everything runs so fast on the screens of our smartphone, the fact that we are bombarded by images and messages telling us what to do, how to think, how to eat, who to vote … The film will take you to Salonta, a quiet little town from West Romania, my hometown … cars pass by every half hour, people slowly ride their bicycles going nowhere exactly and even dogs seem to bark more calmly than in the rest of Romania. This is not only geography but is more about telling a story about people that I know, that I understand and feel about.” (M. Crișan)

Marian Crișan
Film director and screenwriter, Marian Crișan was born in 1976 in Salonta, Romania. In 2010, his first feature film Morgen won the Special Jury Prize at the Locarno Film Festival, and was also the Romanian entry for the 84th Academy Awards. The Trieste FF presented his feature film Rocker in competition in 2013. The Campaign was presented at the Moscow IFF and GoEast in Germany.