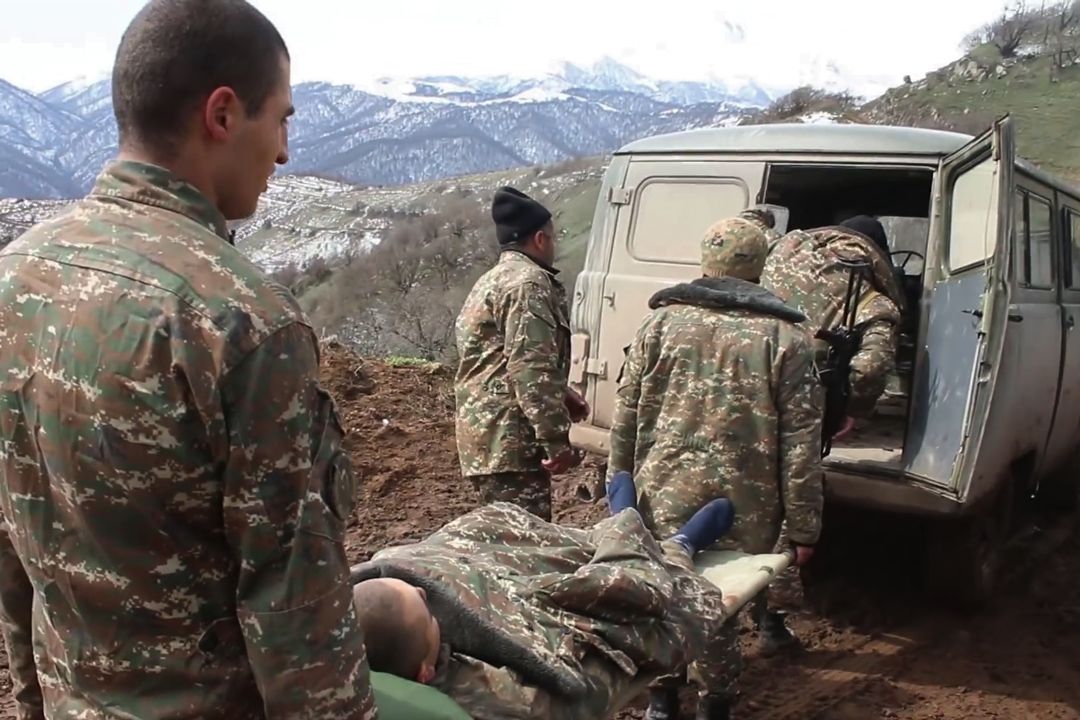 1) In your film you deal with the tragedy of the war between Armenia and Azerbaijan, to control the Nagorno-Karabakh. To describe this war, you filmed Blockade in the Chinari village, next to the border, in a rural area next to the mounts, where on one side soldiers open fire and on the other the inhabitants live in constant tension. Why did you choose this location? Was it because you are from there or is there any other reason?
2) In Blockade there is intense work on light. There are burning candles that light up the faces. The dark and the light. More generally, the images communicate physicality and fatigue through the mud, the trenches, the work in the fields, the drills… Tell us about your ‘vision’ of cinema.
3) In the end, summer gave way to winter, fog and snow. The door of the family house is open, the wood is brought in, the young girl is on the threshold. Time, as in the whole film, is suspended, the conflict is not over but life can only go on. The film observes a situation that could change at any moment. Even in the light of the most recent events, what should happen for peace to prevail?

In the Armenian enclave of Nagorno-Karabakh, for thirty years, Chinari’s inhabitants have been trying to survive the war between the Azeris and the Armenians and the difficult conditions imposed by the blockade. Among them, there is the Petrossian family. The film accompanies their daily life in their struggle for survival.
Blockade premiered at the latest Golden Apricot International Film Festival in Yerevan.

“Through the portrait of a family, my film plunges the viewer into the heart of this forgotten conflict. Nagorno-Karabakh proclaimed its independence in 1991, tearing itself away from Azerbaijan at the price of a bloody war… This war killed nearly 30,000 people and drove hundreds of thousands of refugees from their homes. The signing of a ceasefire in 1994 did not resolve the conflict … Besides the soldiers, the main victims are the inhabitants of the villages near the border … My film plunges the spectator into the heart of a war completely forgotten by the world.” (H. Melkonyan)