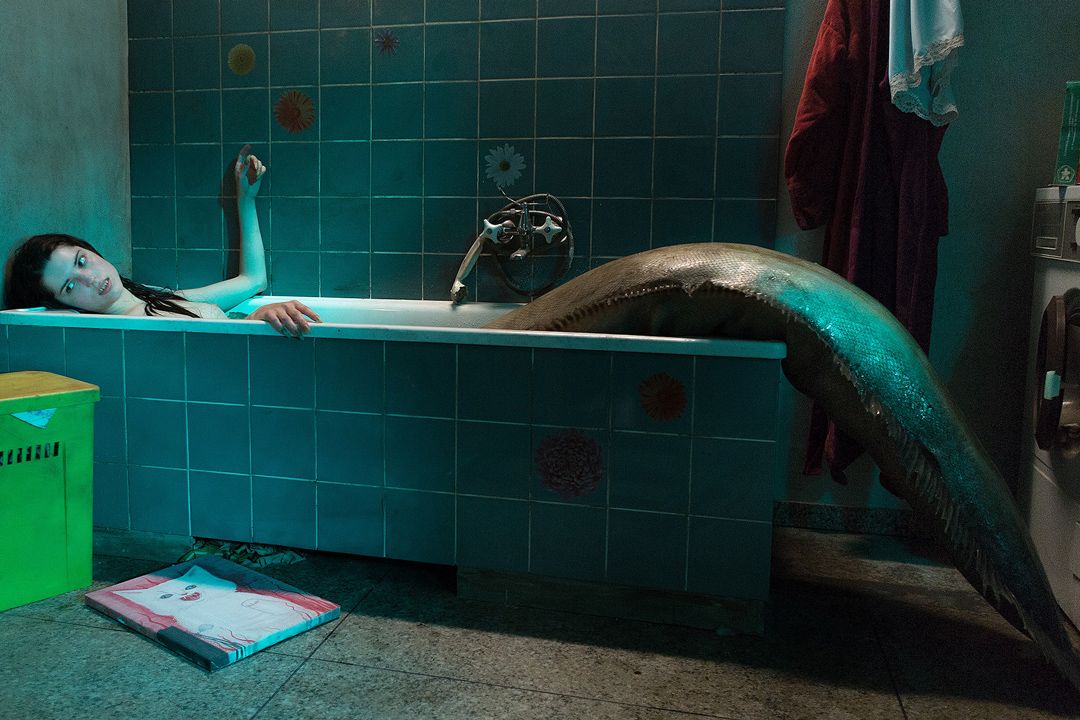 Two mermaid sisters swim out of the sea into a Warsaw nightclub in what could be the 1980s. They are wild, beautiful, sexy and hungry for life. While becoming stars practically overnight, one of them falls in love with a handsome young bass player. This will question their sister bonds to the limit and will have them make often cruel and bloody choices.
The Lure was selected in 2016 at Sundance, where it was awarded Special Jury Prize, and then successfully in many international film festivals.

“It’s a love story, a musical but also a reverie fantasy horror. An adult fairytale. I was mostly inspired by the kitschy world of big dance hall parties from the Communist era… The weird lost characters, the warm vodkas, the glamour amidst poverty is what my imagination soaked with… is also a coming of age story about discovering your feminine side, your sexuality… I was much more inspired by Homer than Disney in terms of a mermaid tale. Also a little bit by Hans Christian Andersen, however my mermaids do not wear bras, they do chew on human hearts though.” (A. Smoczyńska)

Agnieszka Smoczyńska
Polish film and television writer and director Agnieszka Smoczyńska was born in 1978 in Wroclaw. Smoczyńska is a graduate of film directing at the Radio and TV Department of the University of Silesia in Katowice. In 2019 the Trieste FF presented in competition her feature Fugue.