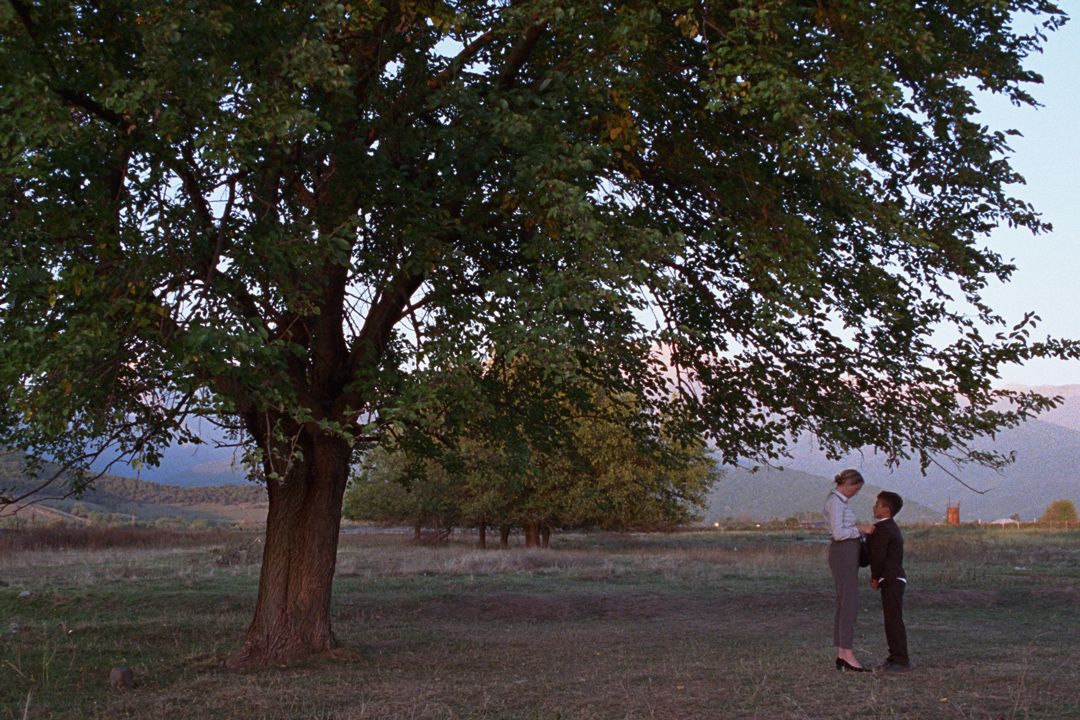 1) How come you put the Jehovah’s Witnesses community at the very heart of your film Beginning? Were you interested in exploring alienation? What is Yana’s relationship to her faith or her husband’s religion?
2) It is very interesting how you explored womanhood through the protagonist, a very unusual character in Georgian cinema: can your film be considered also as a statement about women and the traumas they have to endure within whatever hierarchy or patriarchal society? Yana is an extraordinary heroine, undergoing a journey from a world she feels no longer familiar with, to an unknown world, challenging her beliefs, also the religious ones. How is religion perceived in your country nowadays?
3) Why did you decide to shoot on 35mm?

In a sleepy provincial town, a Jehovah’s Witness community is attacked by an extremist group. In the midst of this conflict, the familiar world of Yana, the wife of the community leader, slowly crumbles. Yana’s inner discontent grows as she struggles to make sense of her desires.
Among the titles in the “Cannes Official Selection 2020”, Beginning was presented at Toronto IFF and San Sebastian, where was awarded Best Film.

“Beginning is set in the small town of Lagodekhi that lies at the bottom of Caucasus range, situated on the border with Azerbaijan. Life in the region is stern… 84% of the Georgian population is of Orthodox Christian faith, a powerful institution strongly associated with the Georgian identity but also with the State. Other religious denominations, such as Jehovah’s Witnesses, are viewed as second class. Yana and her family’s conversion to the Jehovah’s Witness faith isolated them from the world and moreover, subjected Yana to a subordinate role in her home. I wondered, what were Yana’s dreams, if she had any ? What did she give up when she decided to commit to a marriage with the leader of a religious group? We find Yana facing both a marital and existential crisis. Her story is that of a woman whose self-identity was never realized. She believes she has everything necessary to be a fulfilled woman… Yet, in her search for herself, she becomes terrified of what she finds. Beginning is a woman’s journey to accept herself, despite the infinite abyss she faces.” (D. Kulumbegashvili)

Dea Kulumbegashvili
Born in 1986, Dea Kulumbegashvili is Georgian writer and director based in Tbilisi. She studied film directing at Columbia University in New York City. Her short Leta was in competition at the Trieste Film Festival in 2017. Beginning is her debut feature.