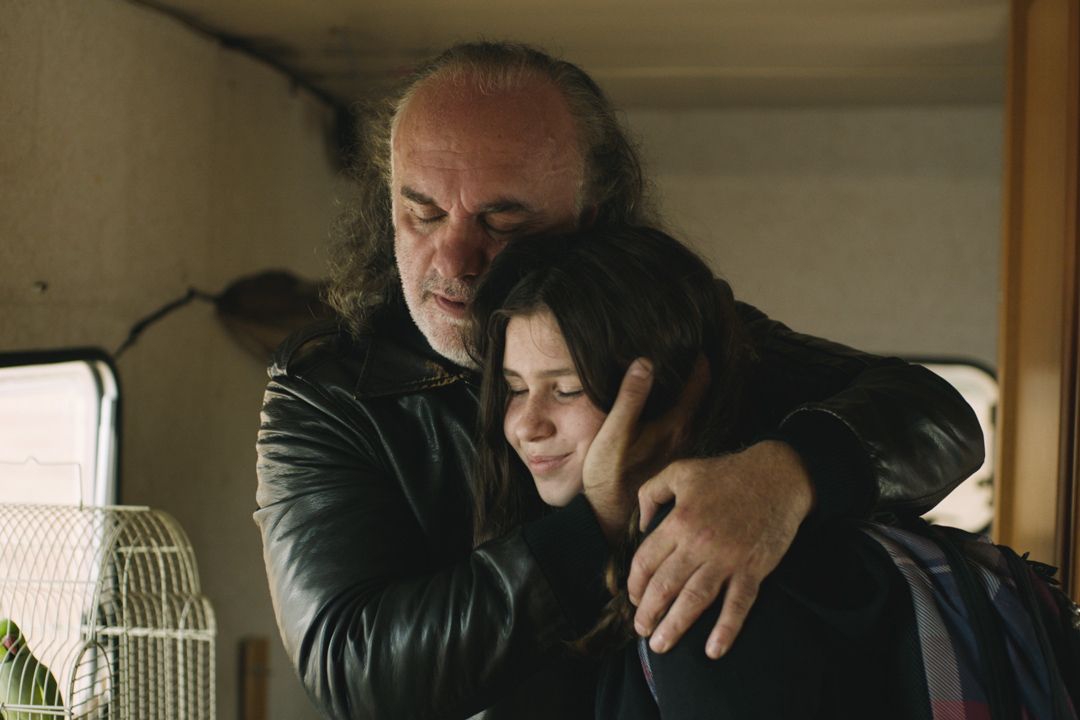 1) In Andromeda Galaxy, a film revolving around a father-daughter relationship, you portray a country in transition, facing several social-economic problems, but most of the characters are seen through a benevolent, tender gaze, although the end of the film shows also an ambivalent attitude towards what it takes to get a better life. What inspired you to make this film? Why did you choose your own father to play the protagonist?
2) Most of the film takes place in cars: why this choice? Is it also a formal choice, allowing you more intimacy between characters?
3) Something has changed in Kosovan cinema: more and more women filmmakers such as Antoneta Kastrati, Lendita Zeqiraj, Blerta Zeqiri and of course yourself, are emerging with their talents and their films on an international level. What has changed in the Kosovan society and in the cinema of your country?

Kosovo 2019, corruption and lack of employment has made it impossible for Shpëtim to find a job. Things get more complicated when the orphanage sends his daughter back to live with him and he doesn’t have a proper place to stay. After many attempts and frauds he experienced, Shpëtim decides to try everything possible to pay for them a trip to Germany in search of a better life.
Galaktika e Andromedës premiered in competition at Sarajevo Film Festival 2020.

“Shpëtim, a middle-aged man, struggles to find a job. Thus he is incapable of being a father who can support his only child. This story has been living with me for a very long time; it is a film that came out from reality, the world of forgotten and neglected people. I’ve seen many people escape for a better life, for economic and financial reasons, better medical conditions, a human being’s fundamental needs. It is a story of people I live with who, despite all the struggles, have a smile on their faces and are full of hope. An unwanted man, rejected but still is proud, finds happiness in the most simple and limited yet beautiful things that life has offered, his daughter and the wish for a better future give him hope. A father who sacrifices himself for a better future for his only daughter. My aim for this film was to be as close to real-life as possible; I wanted the audience to feel what it is like to be this man and go through these obstacles.” (M. Raça)

More Raça
More Raça is an award-winning writer, director, and women’s rights activist born in Kosovo in 1992. She was selected to be part of Berlinale Talents 2019 as a director. Currently, she is working as a teaching assistant of Film Directing at the Faculty of Art, University of Pristina. Andromeda Galaxy is her debut feature film.