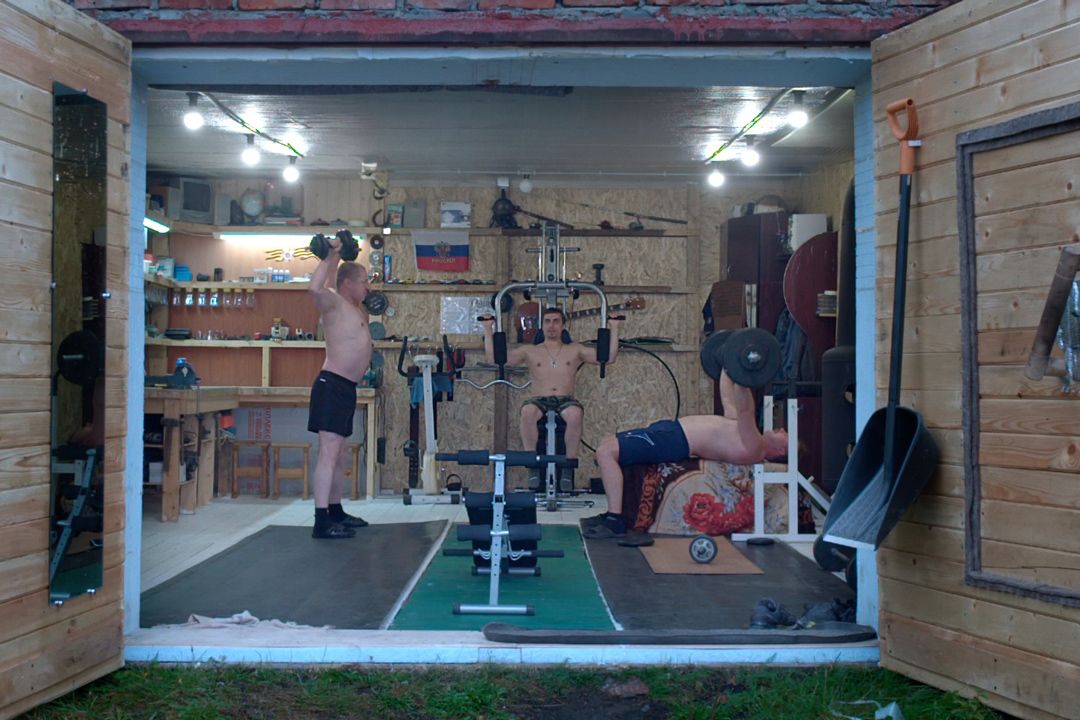 1) The film opens with a long shot following a man walking through a hill of rubbish until he reaches the door of his garage, and enters it. Right from the start, we are immersed in a dimension ‘parallel’ to everyday life, inside the ‘shelters’ and of the lives of those who live there. Tell us about this beginning, this ‘ouverture’…
2) How did you discover this place? What was your relationship with the people like? The film is constructed as a narrative documentary, where the camera moves in those cramped spaces with ease. It becomes a part of them, blending in with them and drawing out a deep sense of sharing and resistance…
3) There are other settings, less frequent, but equally as important. For example, the restaurant with a dancefloor is almost surreal, in contrast to its surroundings. How did this scene come about?

In Russia’s unwelcoming north, in a rough area where a mining company is the only employer, garages stretch out into endlessness. Tin huts, inhospitable from the outside, provide a refuge for a large number of Russians – mainly men. According to their own taste and away from all rules, with ingenuity and tenacity, alternative habitats are created on just a few square meters. Scrap collector Ilya uses the garage as a workshop, Roman breeds quails in his, Pavel carves saint figures.
Garagenvolk premiered at the Berlinale 2020 and then was selected in many international film festivals including Sarajevo and IDFA in Amsterdam.

“And then there are the garages: places of escape where one can dream away and which, despite their narrowness, mean freedom … Freedom also for a moment from the women of the family who rule in the apartments and who rarely find a space in the garages. It is a male world … The garage is thus one of the few places where individuality is tolerated in Russia – perhaps because the fulfilment of small dreams keeps one from striving for greater things.” (N.Yefimkina)

Natalija Yefimkina
Natalija Yefimkina was born in 1983 in Kiev and moved to Germany with her family in 1995. After studying history and literature in Berlin, she worked as an assistant director and production assistant for film productions. Garagenvolk is her debut feature-length documentary.