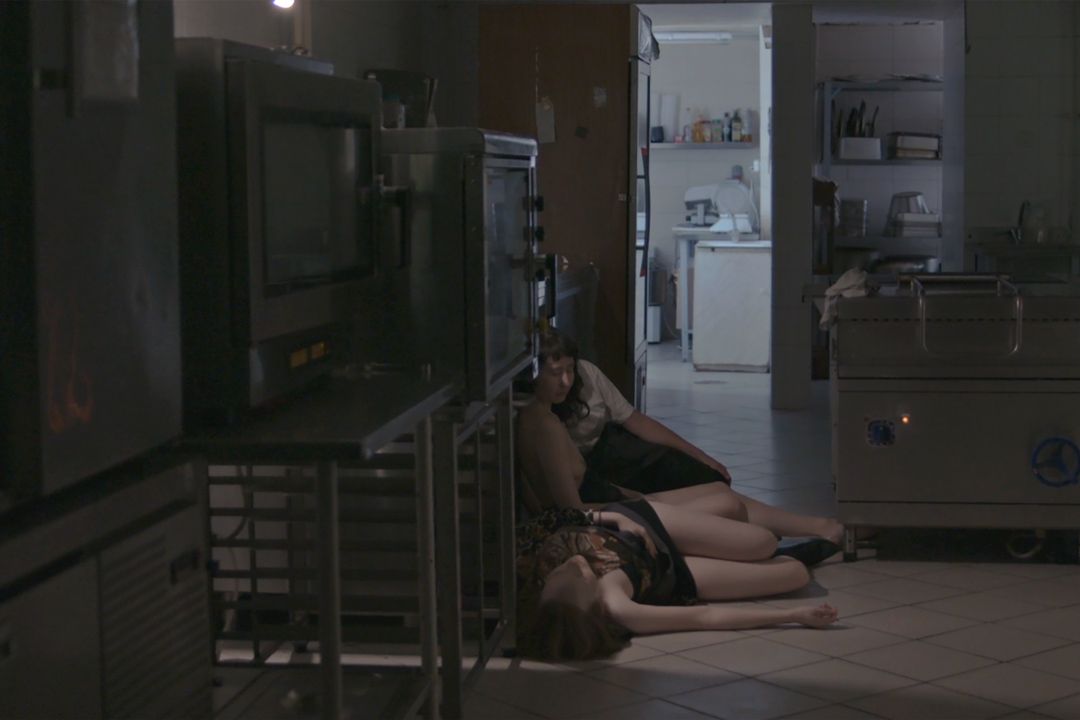 Viktor is out at sea. He is in his cabin when another crew member tells him there is a phone call for him. Viktor clearly hears the voice on the phone say, “Your wife is dead.” Viktor gets off the ship and travels for two days without sleeping to the hospital in his home city. When the doctor finishes talking, Viktor turns away and listlessly looks out the window. Viktor walks outside. Everything is motionless. The entire city seems to have fallen into a slumber, but everyone in it breathes, snores and mutters in their deep sleep.
In Deep Sleep premiered at Berlinale 2020, in the “Forum” section.

“The film is about loss. When you lose someone you love, you feel as if the world ceases to exist. As if it falls asleep. Our film brings this metaphor to life. It visualizes the inner world of a person who has lost a loved one … The visual aesthetic is akin to a dream-like state. To me, the film’s emotional landscape is very important; I want viewers to connect with the protagonist’s fragile psyche … Most of the film’s characters are played by real seafarers and people without professional acting education. To us, this is a very Russian film, and when casting and choosing locations we felt it important to stay in Russia, with its many faces, landscapes, the cold, the beauty and the ugliness. The sound is very important to our film. The sleeping city is wrapped in silence, disturbed only by the breathing of its residents … The sound is also the means of putting the viewer in a state of deathly calm, disturbed near the end of the film by the presence of the only person who is awake.” (M. Ignatenko)

Marija Ignatenko
Film director Maria Ignatenko was born in 1986 in Moscow. In 2016 she graduated from Moscow School of New Cinema in Film Directing, where she now teaches. In Deep Sleep is her debut feature.