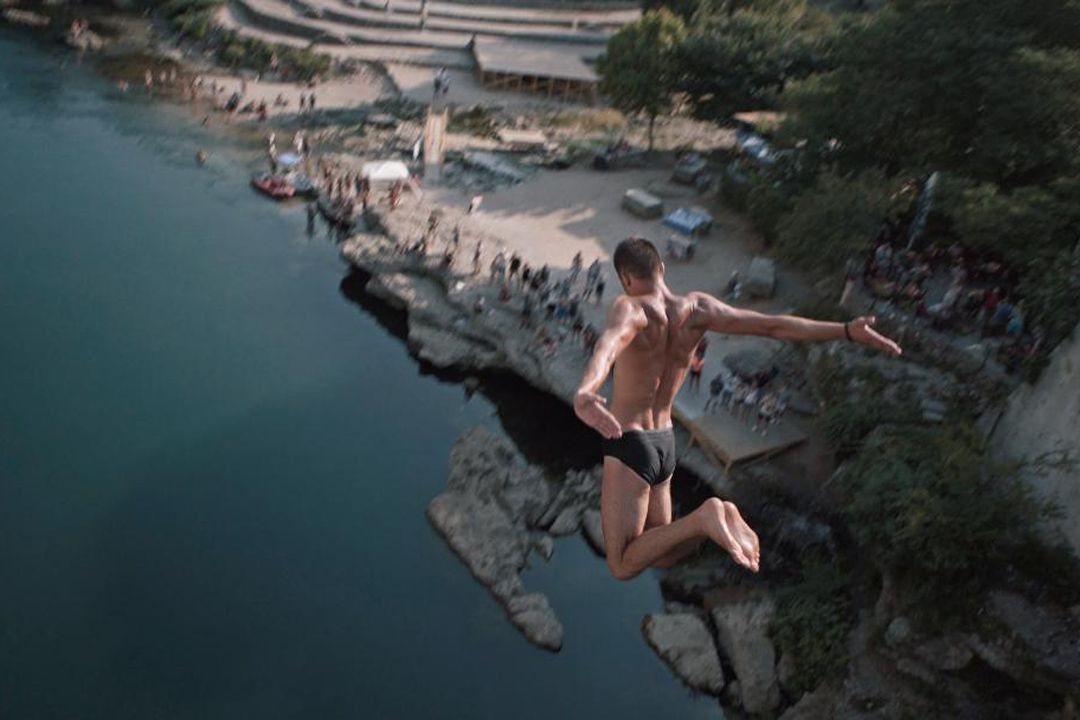 The divers of Mostar fly from their bridge from generations, every day, risking their lives. They’ve been keeping on this tradition for the last 200 years, even when the bridge was destroyed by the war. Some keep in their minds and bodies the signs of conflict and pain, while the young ones look at the future, looking for the perfect dive. An exclusive and intimate look in the lives of a group of men, incarnating the feelings and the story of their country.
I tuffatori premiered at the latest Torino Film Festival.

“I’ve first met the divers – during my holidays in Bosnia and Herzegovina – 5 years ago, they were a tourist attraction and I felt the need to know them better, entering their community and understanding who they were. I’ve been shooting for 4 years, travelling to Mostar several times, and they accepted me in their community like one of them. Soon they appeared to me like symbols of their city and their country, carrying in their minds and bodies the signs of their history.” (D. Babbo)

Daniele Babbo
Daniele Babbo (aka Dandaddy) is an Italian filmdirector of music and experimental videos and TV programmes. I tuffatori is his debut film.