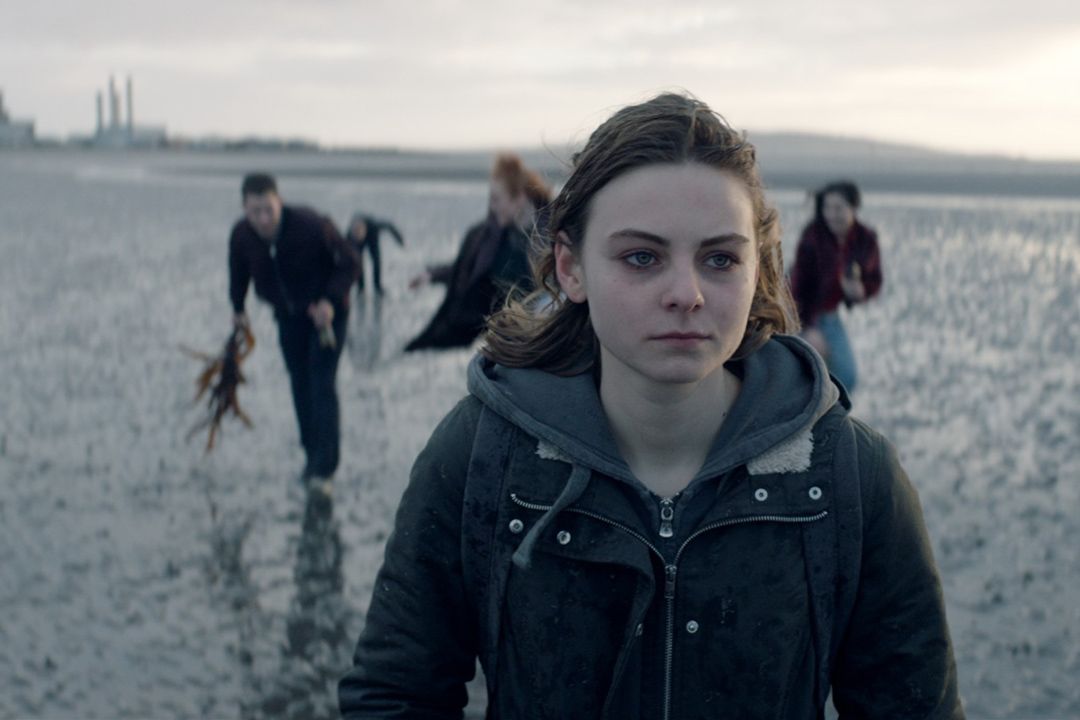 Ola is an outspoken teenager with an ironclad character. She helps her mother take care of her disabled brother, while her father works on a construction site in Dublin. He promised Ola a car for her 18th birthday. Ola wants to become a taxi driver to support her family. She’s a bit of a car nerd, yet keeps on failing her driving test. When her father dies in a tragic work accident, Ola has to go to Ireland alone to bring his body back to Poland. On arriving there, she realizes the task isn’t that easy.
I Never Cry premiered at San Sebastian International Film Festival 2020.

“I Never Cry is set in modern Poland and Ireland. The story is a piercing, realistic look at the difficulties faced by families separated by emigration, told against the backdrop of the life of Polish workers abroad. But, most of all, it is a story about Ola, a rebellious teenager with a grudge against her father … It is a breakthrough time in Ola’s life, her passage into adulthood, during which she will learn that some things are more important than cars and money … Cinematic models for me are Manchester by the Sea and Three Billboards Outside Ebbing, Missouri – touching, intimate dramas providing a wider metaphor for the state of people in the face of tragedy. They are also filled with a large dose of black humour and give the viewers hope… The script is based on a story that happened to someone close to me… I personally have spent years trying to create a platform of communication with my father who was so focused on providing for the family that he turned into a figure I only thought of in terms of securing our material needs.” (P. Domalewski)

Piotr Domalewski
Film director, screenwriter, actor, writer for theatre, Piotr Domalewski was born in 1983 in Łomża, Poland. His short 60 kilo niczego (Sixty Kilos of Nothing) won the Short Film Competition of the 29th edition of the Trieste FF.