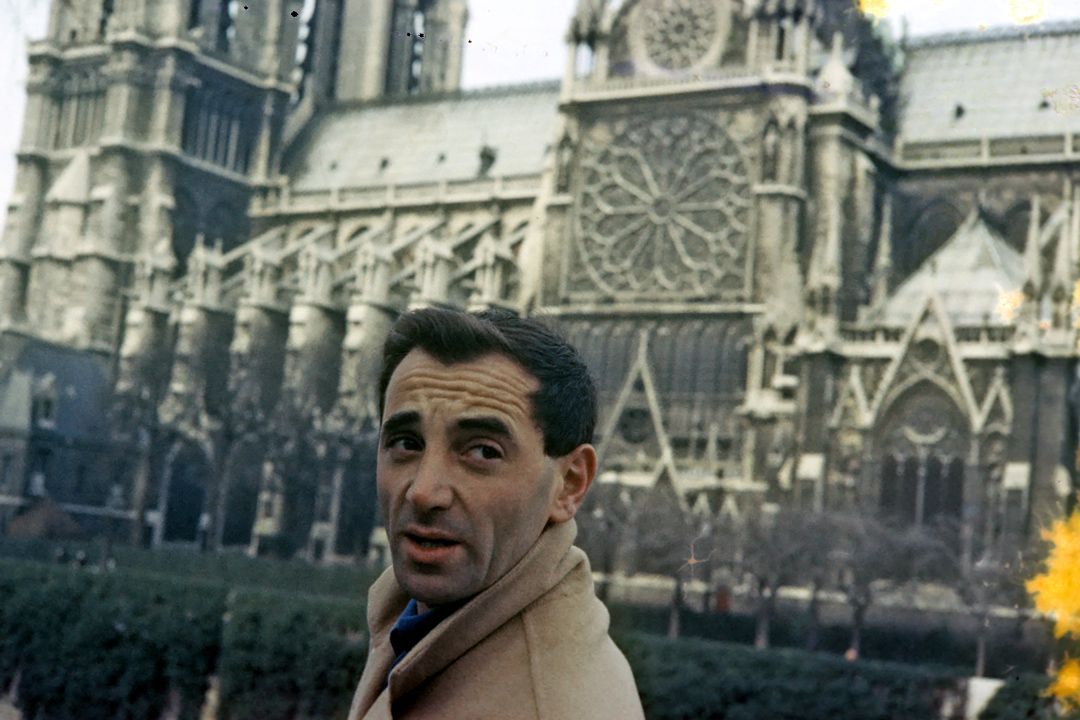 1) We know that your film was born when Mr Aznavour showed you his private films- a real treasure. Before his death,how did you collaborate with Mr Aznavour to make the film?
2) The material also included texts, and not only private films; how were they chosen?
3) “Le regard de Charles” is a “regard” where, in the end, there is not so much music, but it is full of life, many travels and fascinating places. Could it be some kind of reflection of a lost world, where everything was more beautiful and more surprising, especially for those who came from very humble origins?

In 1948, Édith Piaf offered her first camera to Charles Aznavour, a Paillard which never left him. Until 1982 Charles filmed hours of reel that formed the body of his filmed diary. Aznavour films his life and lives as he films. Everywhere he goes, his camera is there with him. It records everything. The moments of life, the places he goes, his friends, his loves, his annoyances. A few months before his disappearance, he begins with Marc di Domenico to look through his films. He then decided to make a film of it, his film.

“It’s a two-headed film. The formula I like is a film by Charles Aznavour directed by Marc di Domenico. Charles didn’t film for the sake of it: he drew something. I believe that the film carries my look while totally respecting his. My vision passes through his vision. It’s he who chose the locations, the landscapes, the position of the camera, the size of the frame, the subject matter, and it is I who then selected, assembled, refined all this raw material.” (M. di Domenico)