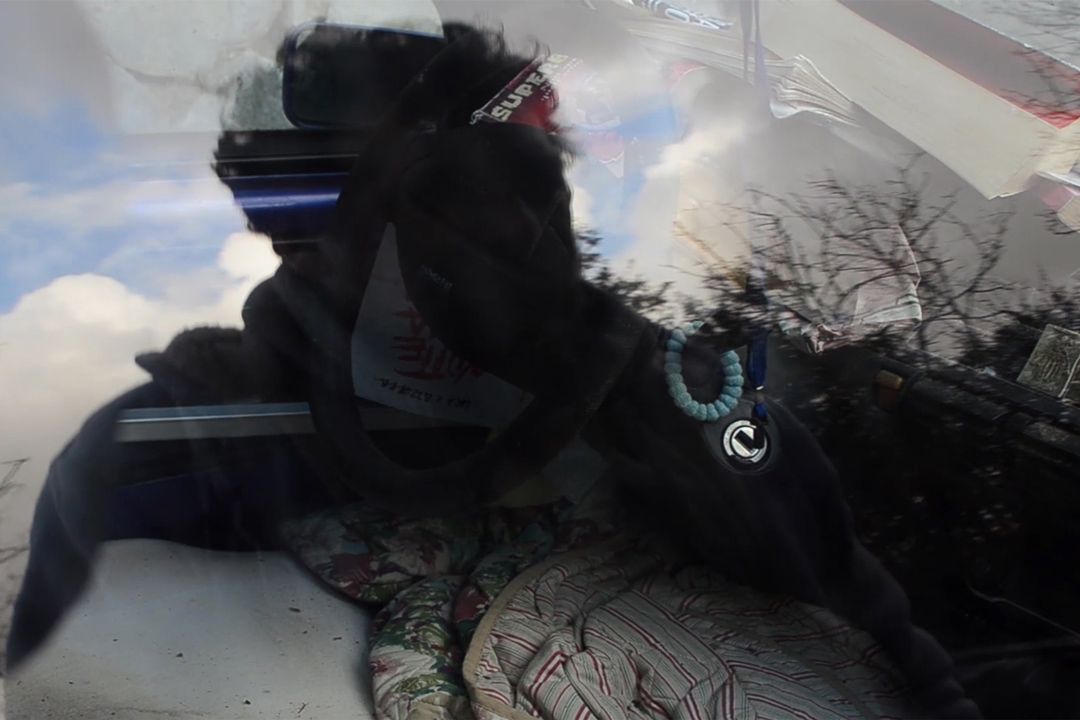 Behind the windshield of a small car, in a cabin full of objects, Massimiliano is immersed in the reading of a book. Photographs, captured by him with an old cellphone, weave together the experience of living on the street with that of his inner life. He lives on the street, in the belly of his car. But given the chance, will he dare to come out and turn the page of his own book?
Tënk Award at the latest Festival dei Popoli International Documentary Film Festival in Florence.

“I have known Massimiliano for several years. And I have been filming him for the past two. I have followed him around in his street life, forced to live in the belly of his car after rejecting his past and his family. He spoke little about it: his mind was busy with daily survival … Most of the filming of the documentary was done when Massimiliano felt the need to record his story, the filming took on the character of a testament … photography was a non-verbal means of communication between Massimiliano and myself, and we built our friendship on this affinity with images. And our film too.” (Z. Donchev)

Zlatolin Donchev
Zlatolin Donchev, born in Beijing in 1990, is a bulgarian filmmaker. He studied painting in Bulgaria and Italy, and filmmaking at APM school in Saluzzo, Italy. He lives and works between Genoa and Sofia. Libro di Giona is his debut film.