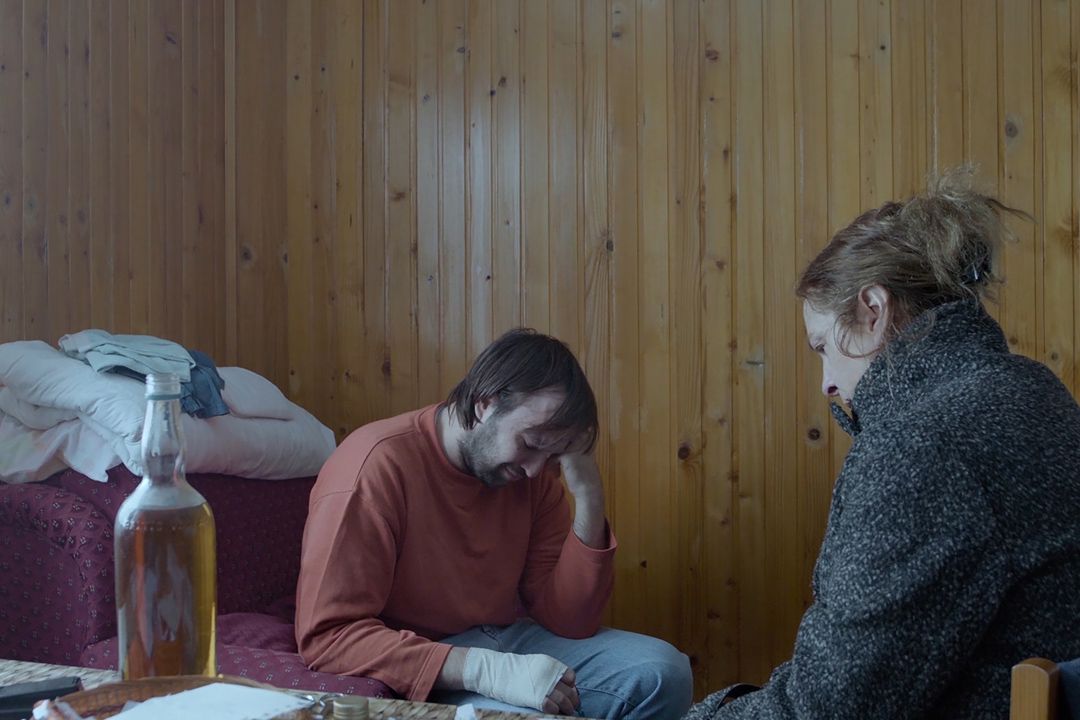 1) The film is mostly set in closed spaces, that seem to emphasise the protagonist’s sense of growing claustrophobia and uneasiness, stressed by the absence of a soundtrack. At the same time they add humour to the oedipic relationship between Dejan and his mother, and in general to his little, close world. Apart from being a coming-of-age film, is it also a comment on a whole generation?
2) Are you inspired by any filmmaker in particular? Any Yugoslav master? Your film made me think about a possible legacy from Pavlović…
3) How did you work with your actors, was there a little improvisation? Did you make lots of rehearsals?

Dejan, even though he is almost thirty, is still a virgin. He tries to repress the turmoil he feels, which is caused by living under the same roof with his drunken father and overprotective mother, to see if he can actually go beyond just friendship with Kaća, a nice girl he works with. After the local psychic humiliates him during the séance, Dejan realizes he has nothing to lose. Empowered by this realization, he attempts to make his life at least bearable.
My Morning Laughter was presented at Rotterdam and Sarajevo film festivals.

“My Morning Laughter is a coming-of-age movie but with one huge exception: the main protagonist is not a teenager but a 30-year-old virgin. In a broader sense it is a story about my generation, a generation that was overprotected by our parents, who gave their best at shielding us from the awful reality that was lurking outside of our homes. The idea for this film came to me when, out of curiosity, I went to see a local psychic. The conversation went nothing how I expected. He, the psychic, spent a great deal of time not predicting the future, but talking about my sex life. Some things that he was saying were true, some were not, but the words that he used and the passion behind them were so strong that when I got home, I wrote them down immediately in fear of forgetting them. That is when it all started, and I soon began remembering scenes, either from my life or from the people around me, scenes that matched the authenticity of the ‘psychic scene’. I realised it then, when the script was over, that all the scenes spoke about a young man struggling with self-doubt in very shameful and stressful situations for him.” (M. Djordjević)

Marko Đorđević
Film director, Marko Djordjević was born in 1988 in Kragujevac, now Serbia. My Morning Laughter is his debut feature.