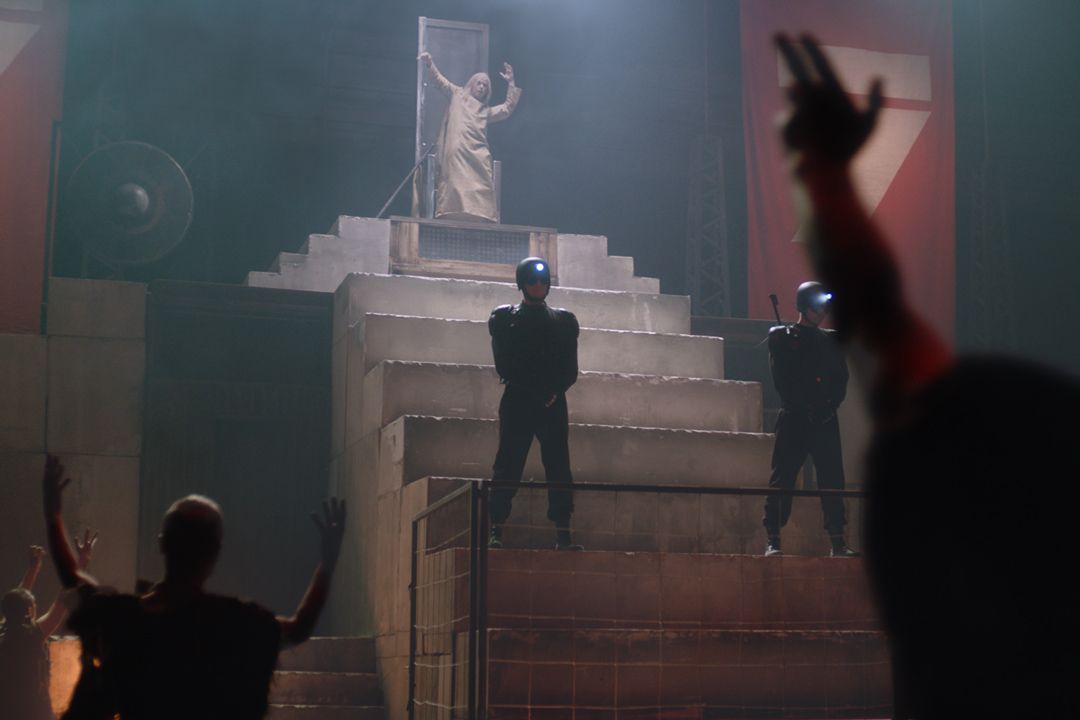 The story of a dystopian society of ten Numbers stuck in daily routines regulated by strict rules set out by an omnipresent deity, the Great Zero, and enforced by armed Judges. In this strictly ordered world an error occurred causing the creation of a new world. Will it be any better than the old one?
The story of Numbers began in 2017 when Oleg Sentsov was serving a 20-year sentence in a high-security penal colony in far northern Siberia for alleged terrorist activity. Just before beginning a hunger strike which could have ended in his death, Oleg gave all his property to his relatives. Included was a film script written before his imprisonment, in the hopes that someone else would make it into a movie. It was then that Polish producer, Dariusz Jabłoński, suggested that Numbers be directed by Oleg Sentsov himself ― from behind bars. Oleg communicated his directing decisions in the form of letters from the gulag: including his choices for casting, approvals for set designs, and precise instructions regarding the pacing and style of acting. Oleg’s directions were executed on the set by Akhtem Seitablajev, an Ukrainian director, with Tatar roots, and who, like Oleg, is from Crimea. A number of European film professionals collaborated on the film, including Russian set designer Kirill Shuvalov, Polish cinematographer Adam Sikora, Polish editor Jarosław Kamiński. Numbers premiered at the latest Berlinale.

Oleg Sentsov
Ukrainian filmmaker and writer, Oleg Sentsov was born in 1976 in Simferopol, Crimea. He was actively involved in the Euromaidan movement, and in 2014 was arrested by the Russian secret service and sentenced to 20 years imprisonment for alleged terrorist activities. Among international outcry, in September 2019, was released in a prisoner swap. He is currently in pre-production for his third feature film, Rhino.