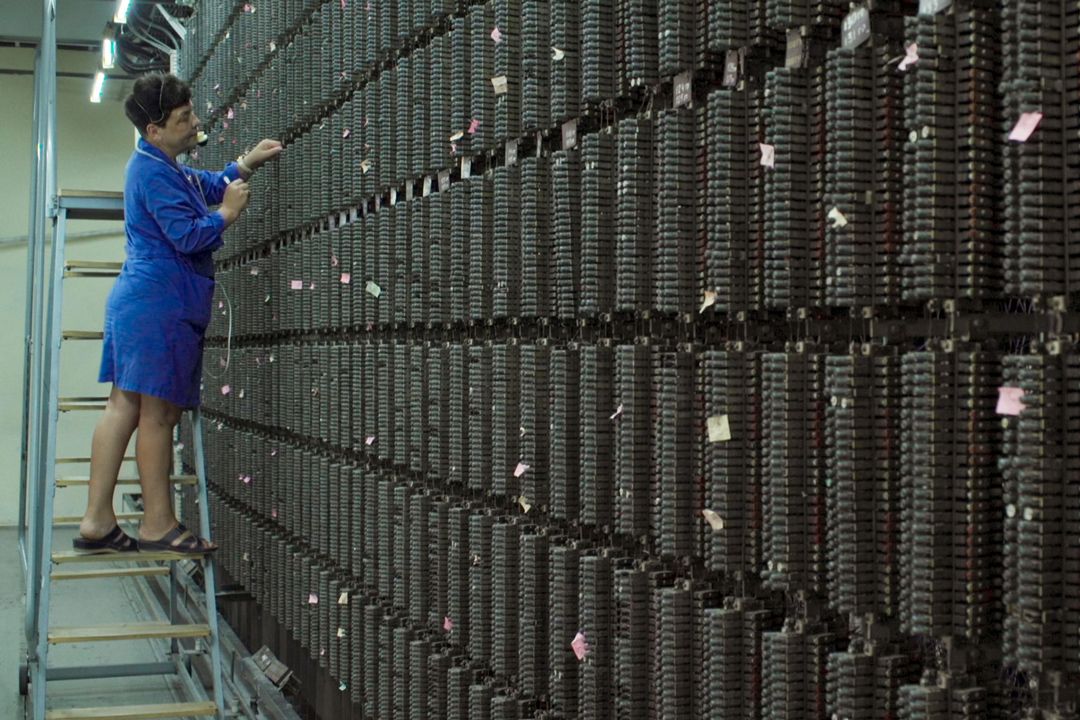 1) Just as telephone cables form a complex material network, Please Hold the Line is an intertwinement of spatial networks connecting four countries (Ukraine, Moldova, Bulgaria and Romania) united by the film montage which plays a fundamental role in your film. How challenging was it to edit, and how did you work on it?
2) On one hand the film depicts telephone company technicians at work in offices or in customers’ houses. On the other hand, we get a glimpse down memory lane for some characters, to specific moments, their thoughts and situations in the past. Were there difficulties being accepted into people’s lives and getting permission to film? In this respect, was there any preparation?
3) As already mentioned, the documentary was shot in four countries. It constructs a social and even political portrait in fragments, yet unified at the same time. Through analogies and disagreements that go beyond existing and disappearing borders, the result is a highly topical conversation…

This film follows cable technicians in Moldavia, Romania, Ukraine and Bulgaria as they visit their customers, entering each time in their own individual universe. Through its skillful editing, colourful glimpses of local stories, and fierce view of a so-called connected society in a region that has been torn apart by nationalism, it also demonstrates in a humorous way our dependence on communication technologies. Please Hold the Line premiered at Sheffield Doc/Fest and in many international film festivals.

“We like to think of communication devices as a people binder. Yet, with a larger variety of communication tools than ever before, social disintegration is as strong as ever. Please Hold the Line is about people who fix communication defects – like cable technicians fixing a tv, phone or a modem – as well as about their customers. A palette of human typologies. I am interested in the human being, with its everyday struggles. It is these individual universes that fascinate me the most.” (P. Cuzuioc)

Pavel Cuzuioc
Film director Pavel Cuzuioc was born in 1978 in Chișinău, Republic of Moldova. In 2000, he moved to Vienna where he followed courses on film directing and film production at the Vienna Film Academy. His films were screened and awarded at various international film festivals.