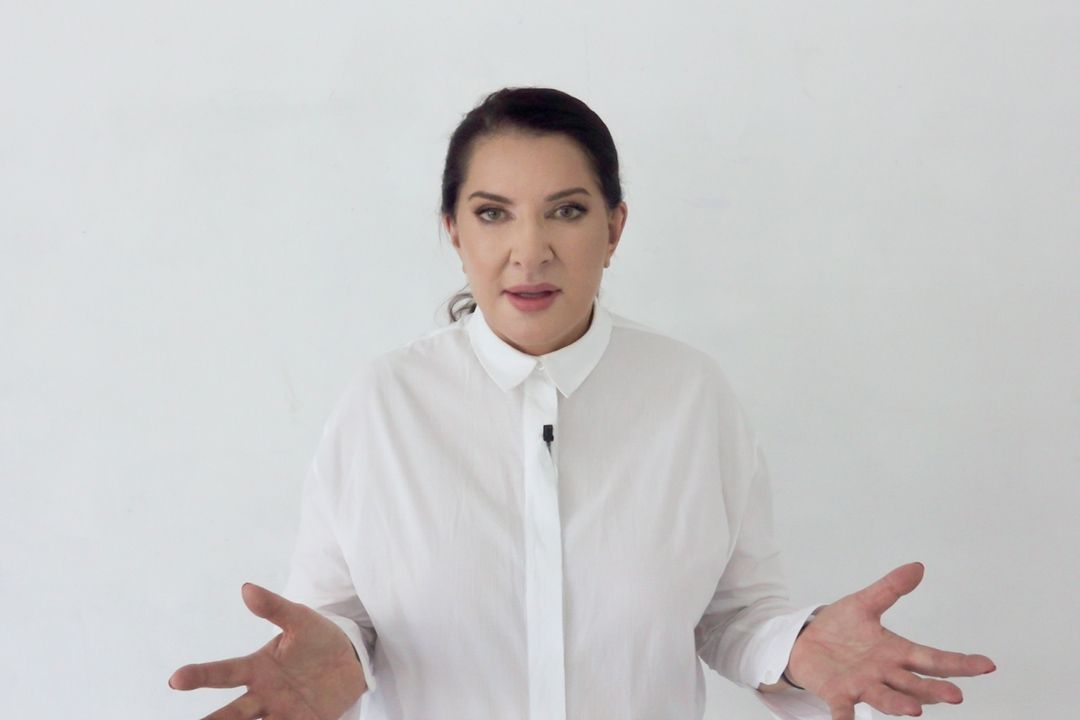 1) What was your relationship with Marina Abramovic like during the making of this film? Was it made in collaboration with the artist? Could you describe what kind of agreement you had with her and how much freedom you had with filming?
2) In your film you describe the special, and also conflicting connection between the artist and her country of origin. Do you think that, among what you filmed, there are things that she would not have done or said elsewhere?
3) The sequence of the literal homecoming is very emotionally powerful. Did you decide together to blur the images of the apartment?

The occasion is The Cleaner, a traveling retrospective exhibition with its final destination in Belgrade, the artist’s hometown. It contemplates her whole life, including dilemmas from her youth in Belgrade, misguided love affairs and a special kind of loneliness. It centers around re-performance and re-performers as a phenomenon as well.
The film was selected in many international film festivals, including Sarajevo, Jihlava in Czech Republic and Camerimage in Poland.

“A famous artist is going back home, after forty years of work, life and love abroad, after many successes, disappointments, triumphs and failures. She knows very well that coming back home is not an easy step, but it is the final stop of her show The Cleaner, an exhibition that somehow collects her whole life … The second part describes the whole process of casting for so-called re-performers …Young people who re-perform Marina’s work from early Belgrade days to the famous The House with the Ocean View or The Artist is Present … But, who are they? The film suggests one possible answer…” (B. Miljković)

Boris Miljković
Boris Miljković was born in 1956 in Zagreb. He graduated from the Faculty of Dramatic Arts, University of Arts in Belgrade, from the film directing department. During his career, he wrote and directed numerous TV shows, films, theatre plays, video art, music videos and won several prestigious awards. He worked as Creative Director of the National Television of Serbia for many years.