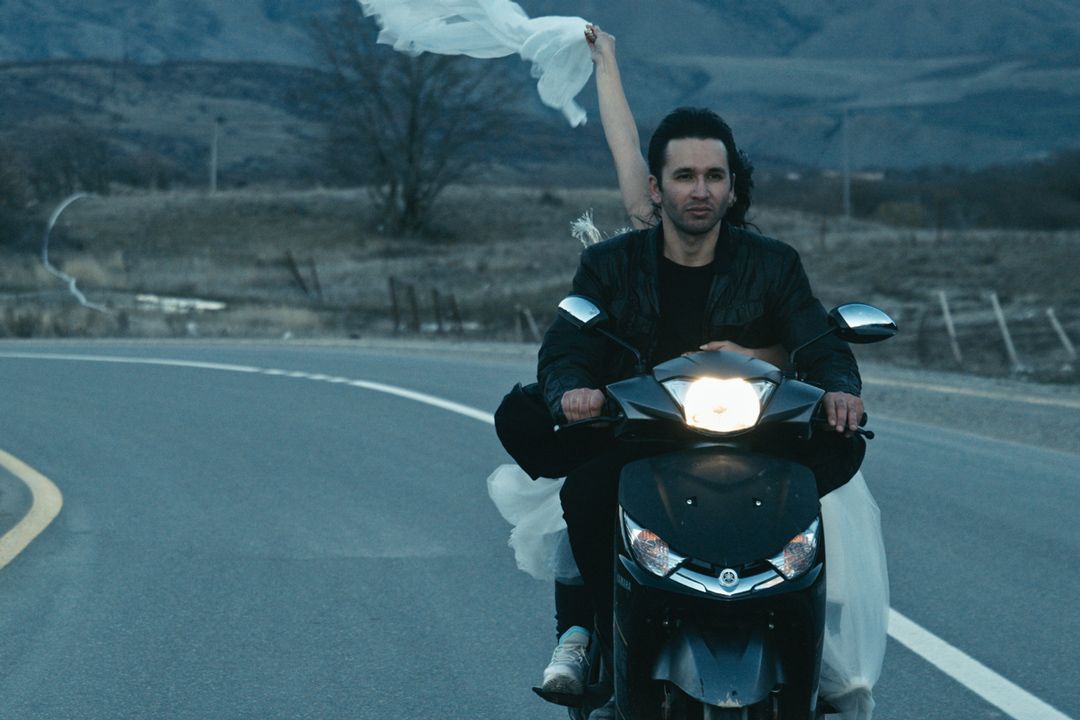 (In Between Dying)
Hilal Baydarov

Davud is a misunderstood, restless young man in search of his “true” family, those whom he feels certain will bring love and meaning to his life. When, over the course of one day, he experiences an unexpected series of accidents with people that each time results in a death, invisible memories, narratives and concerns rise to the surface. Davud is propelled into a journey of discovery, until he finally comes to accept that living in danger is his fate, that death will always be stronger than his own narratives, and that shedding them is his initiation into entering life more fully. Set on the path of becoming, Davud ultimately returns to the place where he has always lived and to the love that was always there.
In Between Dying premiered in competition at the latest Venice Film Festival.

“A central concern in all my work is the person who is trying to understand the reason he is alive, present, here, in this world. The person who can‘t love, yet only believes in love. The person who is trying to find his real family, certain that this will bring real meaning to his life. Davud is the person in this story who reminds us of the possibility of love… I always keep in mind Bresson‘s emphasis: ‘feeling before understanding’ and so I’ve always focused on moments of inspiration … most of the people I work with consistently are in fact my family and close friends. In an environment like Azerbaijan, there can be many restrictions, but actually, I have to confess that I love the restrictions and limitations. In a way, they have forced me, and all of us, to find new ways to express our feelings.” (H. Baydarov)

Hilal Baydarov
Hilal Baydarov was born in 1987 in Baku, Azerbaijian. After his degree in informatics, he studied directing at the film school in Sarajevo under Hungarian director Béla Tarr. The Trieste FF presented in 2020 his documentary Mother and Son. Nails in my Brain has been selected in the documentary competition of this year.