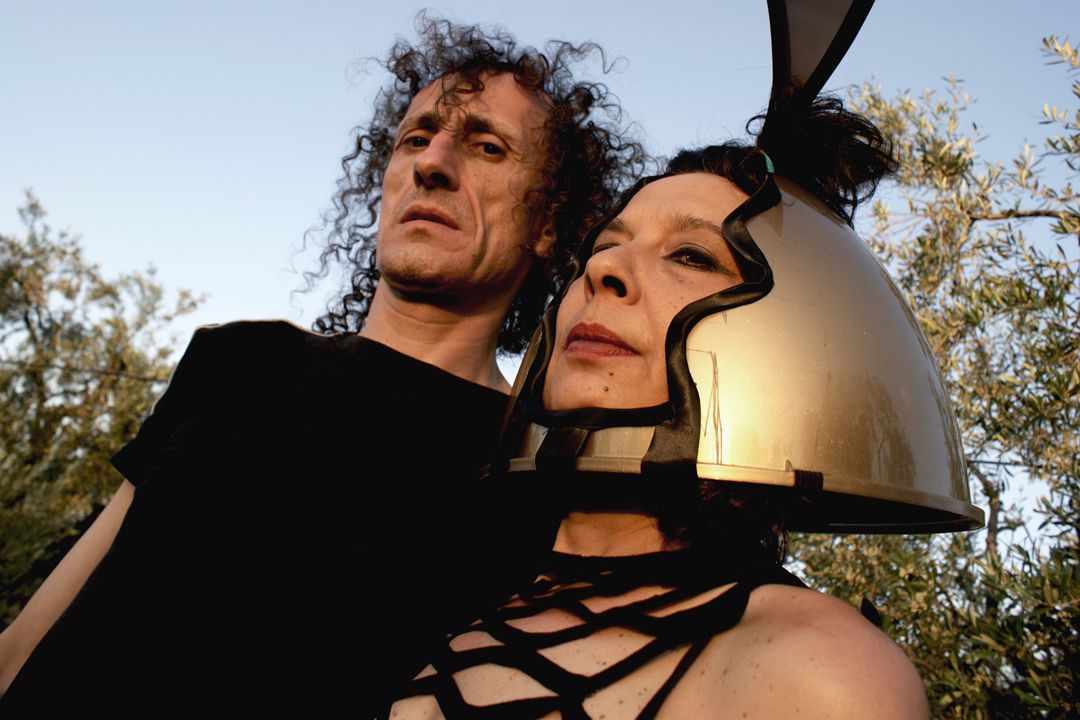 In the midst of wild dancing, Samp dances aimlessly; moving away from the ceremony he kills his mother, and then goes to a powerful boss who commissions him to exterminate ordinary people: the aim is the suppression of tradition and human feelings. Samp travels among white architecture and boundless landscapes in search of the craftsmen, children and women to be killed; for each murder committed, he is paid in dollars by a pedestrian guarantor in cahoots with the commissioning authority…
Samp premiered at the latest edition of Giornate degli Autori in Venice.

“Samp is a film with the pace of a journey and the dynamics of a performance, shot in Puglia… Samp is a metaphor of the cultural disintegration without perspective that we have always experienced; an on the road movie that shatters the script, and captures the locations and actors in the moment. The filming of Samp began 19 years ago and ended in 2020. The characters are seen to age together with the authors, while the liveliness of the images is castigated inside a frame that throbs on the screen.” (F. Mastrella, A. Rezza)

Flavia Mastrella, Antonio Rezza
In thirty-three years of collaboration Rezza-Mastrella have made 13 plays, 6 feature films, various television programmes and countless short and medium-length films. The complete work was broadcast by RAI 3 “Fuori Orario” in 2000 and 2002. In 2018 they were awarded the Golden Lion Lifetime Achievement Award for Theatre by the Venice Biennale.