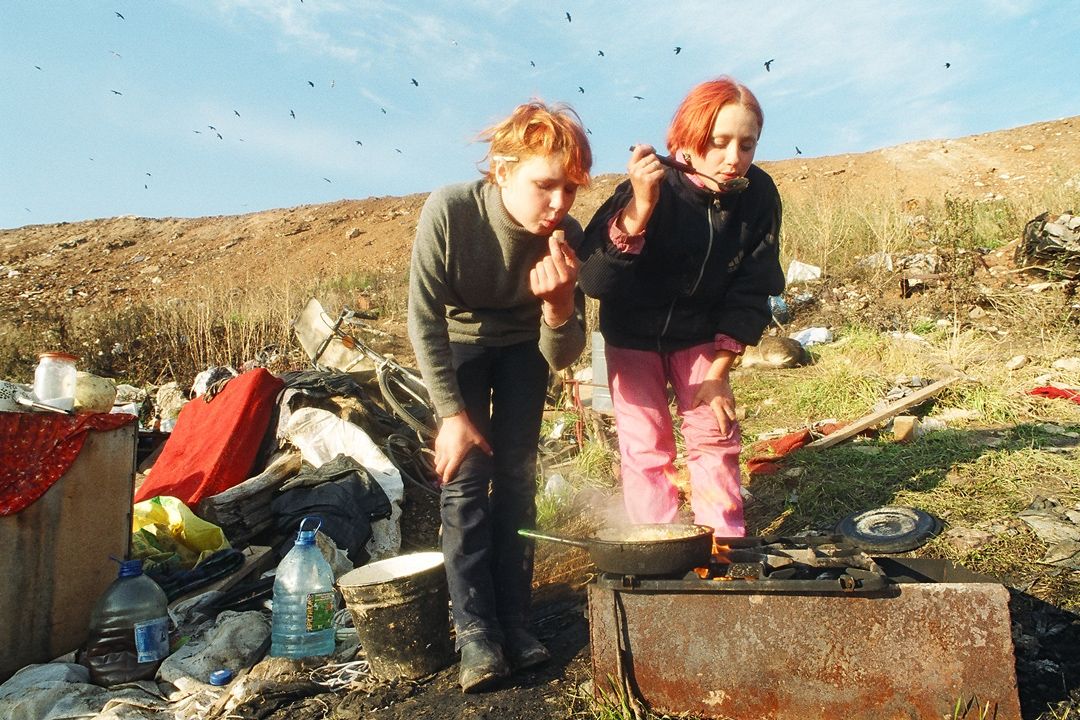 SOMETHING BETTER TO COME

Yula is just like any regular teenager in almost every way: she experiments with makeup, dyes her blond hair red, tries alcohol and cigarettes, and falls in love for the first time. So far so normal, but her living conditions are extraordinary, to say the least. Yula lives on Europe’s biggest landfill, the Svalka, situated less than 20 kilometres from Moscow’s city centre. On this unearthly place, trucks and forklifts drive to and fro shifting an endless supply of garbage. Together with her mother, a handful of other children, drunkards and outcasts, Yula spends her days foraging in the filth for food and shelter material. Life is tough in the Svalka, but it’s also a place where beauty and humanity can arise from the most unlikely conditions. It is from this place that Yula dreams of escaping and changing her life, even if it seems impossible.
Presented successfully in many international film festivals, Something Better to Come was awarded Special Jury Award at IDFA in Amsterdam in 2014 and Best Documentary of the 26th edition of the Trieste Film Festival.

Hanna Polak
Film director and producer Hanna Polak was born in 1967 in Katowice, Poland. She graduated from the Cinematography division of the Gerasimov Institute of Cinematography (VGIK), in Moscow. Besides Something Better to Come, the Trieste FF presented in 2006 her The Children of Leningradsky.