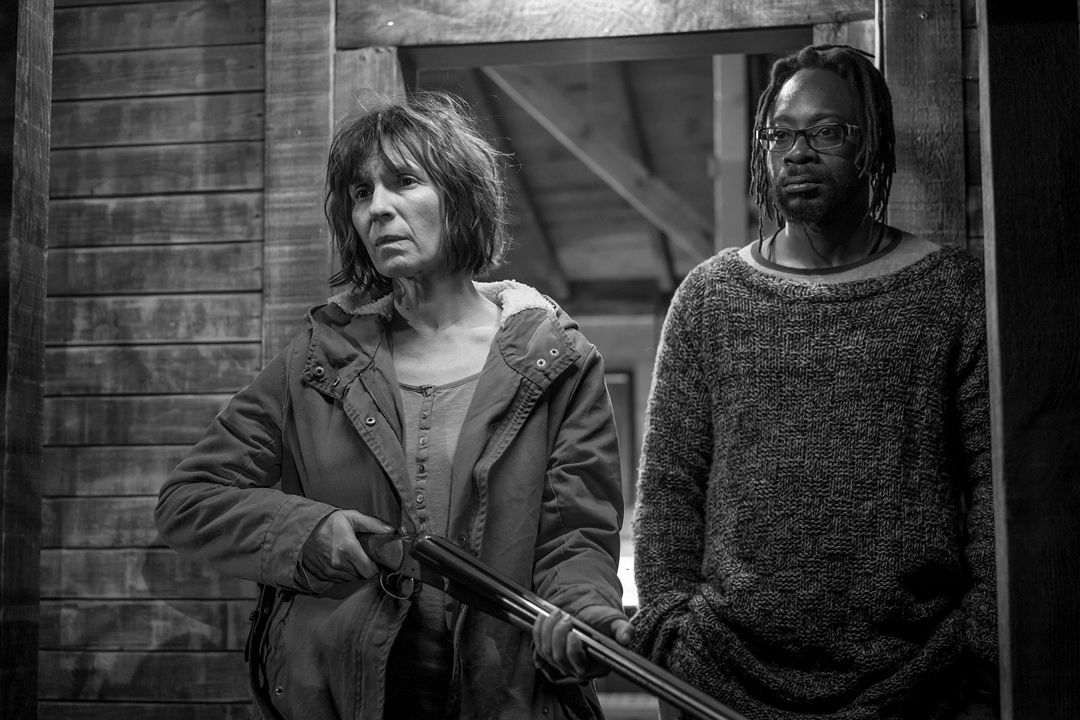 1) The migration theme has been widely treated in your work in the last few years. How did you reach your personal point of view and choose the grotesque and satirical tone for your film?
2) Why did you choose to set the film in a small provincetown? Why is it distinct in comparison with the rest of your country?
3) Once you had chosen the subject, how did you come up with the visual style and the black and white aesthetic? Is this a reference to a particular author?

Svetla is a widow who has recently lost her job as a teacher. The village in which she lives is close to the border of Bulgaria with Turkey and refugees often appear nearby. One day, while hunting in a forest, Svetla comes across a migrant from Africa. As a law-abiding citizen, she sends the illegal immigrant to the border guard station, but is told that she should manage on her own – there are so many refugees that there is nowhere to put them. Svetla decides to take the man in her house. This brings about a dramatic turn in her life. She is forced to rebel against the people she has lived with as they urge the black refugee to leave the village immediately.
Best Feature Film at the Golden Rose Bulgarian Feature Film Festival in Varna, where the film had its premiere, and Best Film at Black Nights IFF in Tallin.

“Despite the title, Fear is not a horror film. This is a film about the fears that each of us carries deep inside. There is violence in the film, you will go through feelings of sadness and anger, but you will also enjoy its vibrant humor, irony, and even sarcasm in many moments, which turn the drama into absurd comedy. This film is about painful love, a love beyond fear, with an unexpected ending.” (I. Hristov)

Ivaylo Hristov
Bulgarian actor and director Ivaylo Hristov was born in Sofia in 1955. Since 1992 Hristov teaches acting at the National Academy for Theatre and Film Arts in Sofia. He has more than 50 roles in theatre, and more than twenty in feature films to his credit, and directed several stage productions.