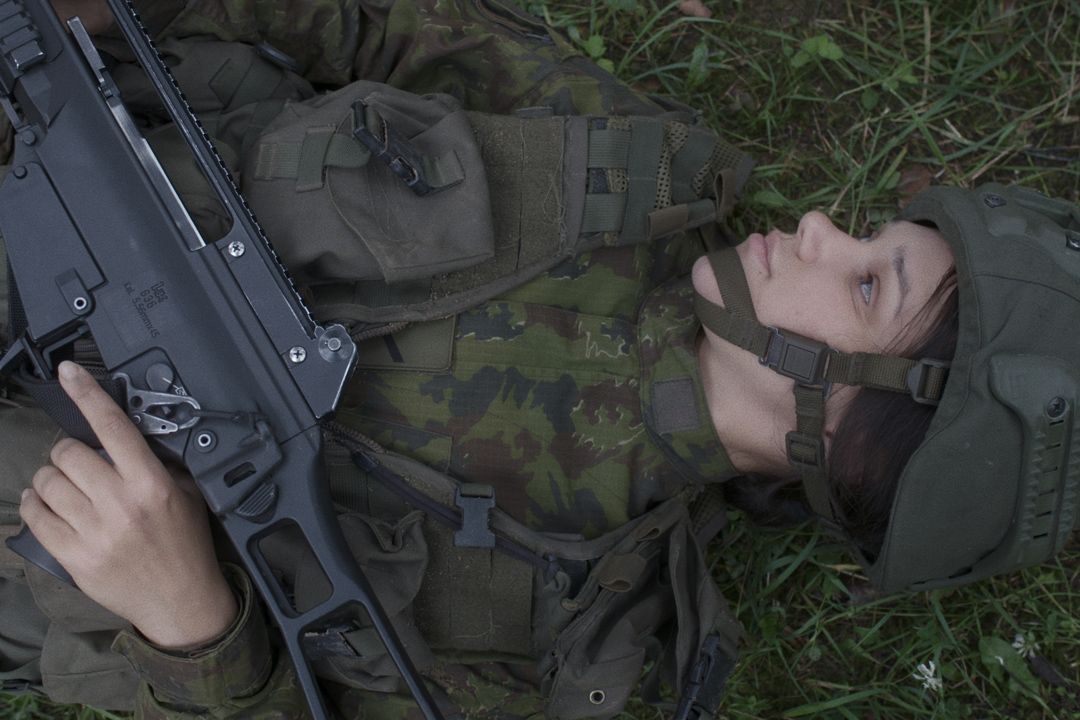 1) Yours is a work that shows great maturity and it can be noticed from the first two scenes, so different and yet so complementary. A snowy expanse with a few dark stains moving slowly and the close-up, down to the detail, of a body on the ground who holds a rifle and takes aim. It is the scene of a young female soldier during a drill. Is your approach always so strict and sensual in composing frames?
2) What led you to film these three girls voluntarily enrolling in the Lituanian army? Did you choose them in particular from the beginning or did you have a larger group of possible protagonists?
3) Your film is full of nuances and sensitivity, you notice a deep female gaze that knows how to fully grasp the moods and moments of tenderness and suffering. What is your idea of cinema? What are your landmarks?

Three young girls decide to do military service on a voluntary basis after the conscription for men is reintroduced in Lithuania as a response to possible threats from neighboring Russia. The girls live and train among 600 men at an isolated military base for 9 months. By observing the physical and emotional transformation of our characters we witness the bearing of an independent woman, responsible for her own fate and happiness.
Gentle Warriors was one of the selected projects by “Last Stop Trieste” in 2019.

“As a woman and as a female film director, I wanted to explore the bearing of an independent woman. My characters start out as young girls, fascinated by the challenging life of a soldier, but they soon realize that life itself is way more complicated than the military. To find their place in society, they need to be strong on their own. We, as women, are gentle, but we are warriors.” (M. Stonytė)

Marija Stonytė
Born in 1991, in Vilnius, Marija Stonytė earned a BA and MA in Film Directing from the Lithuanian Academy of Music and Theatre. In 2017 she received the “Young Artist Award 2017” by the Lithuanian Ministry of Culture. Gentle Warriors is her debut feature-length documentary.