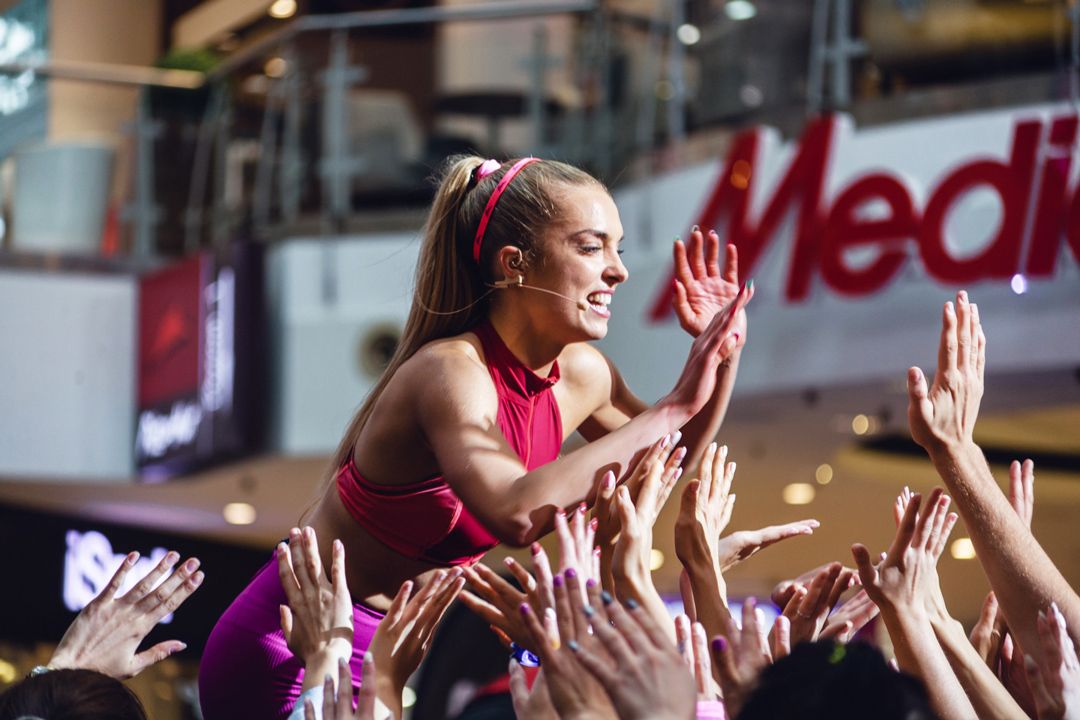 Sweat is about three days in the life of Sylwia Zając, a 30-year-old fitness motivator living in Warsaw who has gained celebrity status due to her avid use of social media. She is self-made and hard working, on one hand keeping her own body in the best possible shape as well as inspiring thousands of others to do the same. When an Instagram post where she confesses to feeling lonely goes viral, a stalker appears outside her apartment. Sylwia tries to ignore him and stick to her busy schedule but when his attempts to contact her become more and more vulgar she finds it difficult to remain positive and smiling.
Sweat is among the titles in the Cannes Official Selection 2020.

“Emotional exhibitionists fascinate me, probably because I am on the opposite side of that spectrum… I started following a fitness motivator and influencer… The amount of photos and videos she posted each day amazed me… But who is she the moment before she starts recording herself?… I wanted to make a film about her… to take a closer look and use my own imagination to fill in the gaps. Sylwia is an extremely contemporary character… Accept yourself, she says, but what happens when she has problems accepting herself? When her stalker, Rysiek, enters her life she starts doubting herself, because, in many ways, he’s similar to her… They both have an emotional openness that makes them attractive and intriguing. I want to explore their similarities and why these “freaks” sometimes make me jealous…. but at the same time I fear them. Sweat is three days in Sylwia’s life. Just three days where she experiences an internal shift and becomes more connected to who she really is.” (M. von Horn)

Magnus von Horn
Film director Magnus von Horn was born in 1983 in Gothenburg, Sweden, and lives and works in Poland. He graduated from the National Film School in Łódź in 2013, where he now teaches directing. Sweat was presented in many international film festivals, among them Zurich, Tokyo and Chicago.