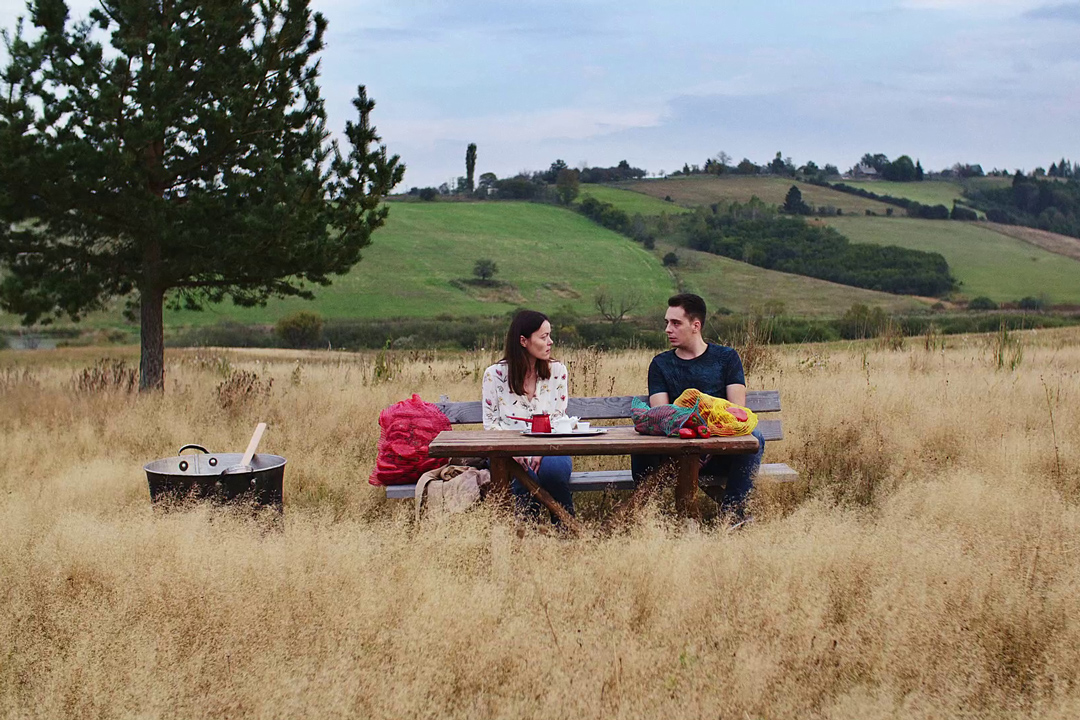 (So She Doesn’t Live)
Faruk Lončarević

1) Inspired by a true story, can you tell us how the idea and subject of the film came about?
2) Aida’s personal story intertwines with Bosnia’s national history, particularly in relation to the themes of crime and punishment. How did you set up the film to have such a structure?
3) Relations between genders is an important issue in your film, but also toxic masculinity in a little Bosnian town. Why did you choose to address these issues?

Bosnian province. Aida is trying to remove herself from the mundaneness of the everyday. After breaking up with her violent partner Kerim she starts a relationship with an older man. Kerim is bitter about the failed relationship destroying his plans in life. In the meantime, he hangs out with his younger and inexperienced friend Suad. Restless and trapped in the small town they need to do something. Aida meets Kerim to resolve the issue and while she thinks her relationship will finally be over, she is going to face the inevitable. Tako da ne ostane živa is based on true events, the most disturbing murder case in post-war Bosnia.

“Ever since I heard of the brutal murder of the 23-year-old woman Arnela in a small Bosnian provincial town I was intrigued, not just by the violence and hatred, but most of all by the pure destructive impulse in these two young men …This was not a crime of passion or jealousy, this was a desire to annihilate … In my film Aida wants to be the master of her own destiny… But it is an illusion. We still live in world in which power, strength and endurance are actual values. Whether we face a virus, a wild river or a dominant opponent … Thanks to my academic career and spectacular technological advances we made an actual camera-stylo film. One in which limits were set by material and not ideological shortcomings… It seems that technological advances have liberated cinema as well… It is up to the audience to make this judgement.” (F. Lončarević)