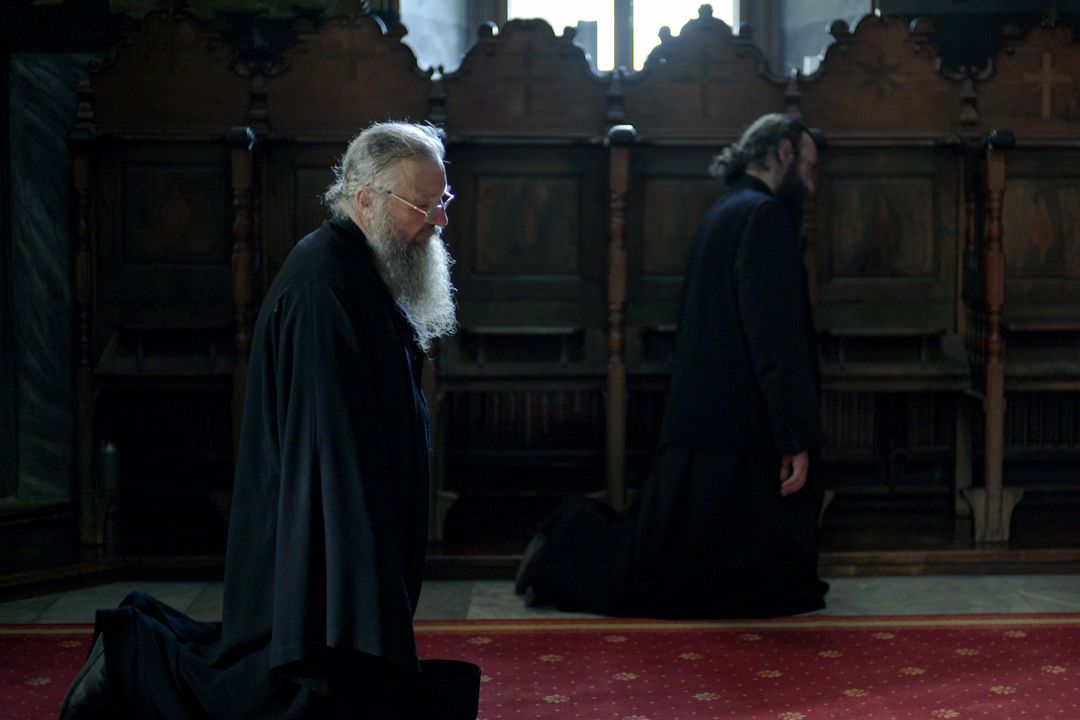 1) Holy Father is a film told firsthand, you are always in-shot, you decided to film yourself sharing your emotions, not just with the people you were working with, but also with the camera itself. This choice gives the film a strong theoretical dimension. What does filming or using a video camera mean to you?
2) Yours is a ‘travel film’ – almost a road movie. Was the idea to film the stages of the journey, from Romania to Mount Athos in Greece, there from the beginning? Was the intention always to follow the journey through villages, roads and rivers to make audiences experience the concrete distancing from urban life (from houses or partners), while also reaching new environments and people (the monastery, the father)?
3) On one hand there is the description of the encounters with your father and on the other there are the scenes that show us the development of the relationship between you and your partner, who was pregnant. You used the expression “unknown territory” when describing building your own family. But the hard decision of building a new relationship with a father can be considered exploring an “unknown territory” as well; don’t you think?

The filmmaker, Andrei, and his girlfriend, Paula, face the news of becoming parents. While the future mother is struggling with no worthy role models in her broken family, the soon-to-be father must come to terms with his own, long-lost father, now a monk on Mount Athos.
One of the selected projects by “Last Stop Trieste” in 2020, Holy Father was awarded Special Jury Prize at the latest Sarajevo Film Festival.

“When I was six, my father left our family. Years later, I learned that he became a monk. Now that I’m going to become a father myself, I need to know how I can be a good father to my little girl. This is why the film reflects on my encounters with my father, while I come to grips with his decision to leave us, and all worldly things, for God. I would probably have been more comfortable if he set up another family, but as such, I always felt like I’m competing with ‘the invisible almighty.’ Through this film, I wanted to reach my father and understand both of us better. Challenges and doubts put up walls that are hard to take down.” (A. Dăscălescu)