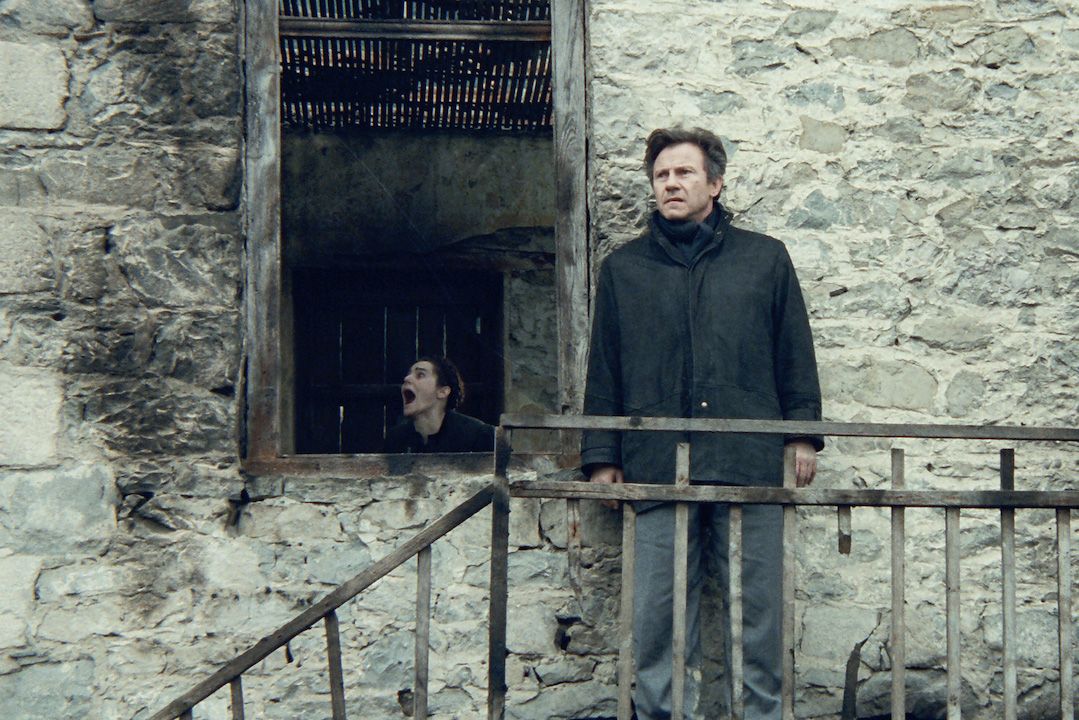 A Greek-American filmmaker, known simply as A., returns to his hometown in northern Greece for a screening of his latest controversial film. His real reason for coming back, however, is to track down three long-missing reels of the film by Manaki brothers who in the early years of cinema travelled through the Balkans, ignoring national and ethnic strife and recording ordinary people, especially craftsmen, on film. Their images, he believes, hold the key to lost innocence and essential truth, to an understanding of Balkan history Thus he embarks on a search that takes him across the war-torn Balkans, a landscape of spectral figures and broken dreams, right to the heart of darkness: a damaged film archive in Sarajevo where his quest ends. Like a latter-day Ulysses, he finds his “Ithaca”, the missing, undeveloped film and is at last united with the work of the Manaki brothers. His gaze communes with theirs and another journey begins.
The Italian actor Gian Maria Volonté died during the filming. He was replaced by Erland Josephson and the film was dedicated to Volonté’s memory. Winner of the Grand Prize of the Jury and FIPRESCI Prize at the Cannes Film Festival in 1995.

“[A] it’s an alphabetical choice. Every filmmaker remembers the first time he looked through the viewfinder of a camera. It is a moment that is not so much the discovery of cinema, but the discovery of the world. But there comes a moment when the filmmaker begins to doubt his own capacity to see things, when he no longer knows if his gaze is right and innocent.” (T. Angelopoulos)

Theo Angelopoulos (1935-2012)
Acclaimed and multi-awarded film director, screenwriter and producer who dominated the Greek art film industry from the 1970s on, Angelopoulos was one of the most influential and widely respected filmmakers in the world. Angelopoulos was born in Athens in 1935. After studying Law, in 1962 he attended courses at the French film school IDHEC. In 1970 he completed his first feature Anaparastasi (Reconstruction), that got noticed in Berlin, calling the attention of critics the world over to Angelopoulos. In 1980, O Megalexandros (Alexander The Great) was awarded the Golden Lion at the Venice Film Festival, while Mia eoniotita kai mia mera (Eternity and a Day) won the Golden Palm in Cannes in 1998. Angelopoulos died in 2012, in Athens, after being involved in an accident while shooting his latest film The Other Sea, which remains unfinished. In 2010 Anghelopoulos was guest of honour of the Trieste FF for the retrospective “Greek cinema. Passion and utopia”.