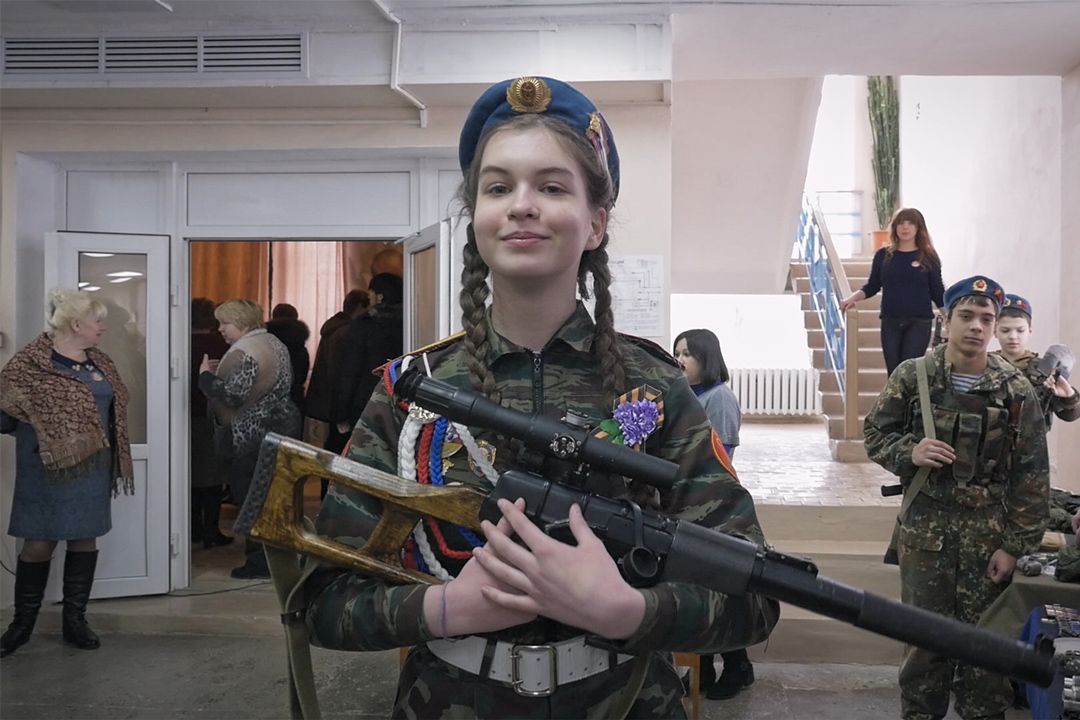 1) What drove you to shoot the film in the little town of Yelnya? Is it a symbolic place for patriotism related to the Second World War? Can it be considered as an ideal microcosm to represent the matter of national identity of all Russia?
2) What idea does the film want to give us about the different approach of the new generations toward patriotism? Does the government propaganda have the same effect on new generations, compared with the effect on old ones? I am thinking about the singing rehearsals sequence, in the theatre, when the protagonist takes up the songs of the past.
3) How did you meet the young protagonist, Masha, and how did you build a relationship to work with her? The sequence of the love declaration for Putin, with the continuous suggestions by her mother, is truly impressive and it gives the idea of some sort of inner dissociation…

Nothing interesting happens in the small town of Yelnya on Russia’s western edge. The locals are leaving en masse and those who stay have few joys in life. One is the victory over fascism. At the start of the war Stalin allowed the town be symbolically freed – at the cost of enormous loss of life – so as to inspire hope in his people and strengthen the spirit of heroism. Dmitry Bogolyubov tracks two local patriots and their families for three years. Teenage Masha attends patriotic meetings, singing the praises of long-dead fallen heroes, ageing Sergei digs up their bones and secretly dreams of a change in the situation. Through them the film shows how the unhealed wartime trauma infiltrates generations, forming the social life of ordinary Russians and, with the help of political propaganda, gradually changes into hate towards the current “fascist” West.

“…Ordinary people are first of all victims of military propaganda that leads only to military conflicts and deaths, regardless countries and nationalities.” (D. Bogolyubov)

Dmitrij Bogoljubov
Dirctor and DoP, Dmitry Bogolyubov was born in Moscow, Russia, in 1980. After his first law degree he graduated from VGIK. He is a member of Russian Journalists Union. Town of Glory was presented at Artdocfest in Russia, One World in Czech Republic and Cottbus Film Festival in Germany.